Led Bib are latest jazz act to switch to RareNoise 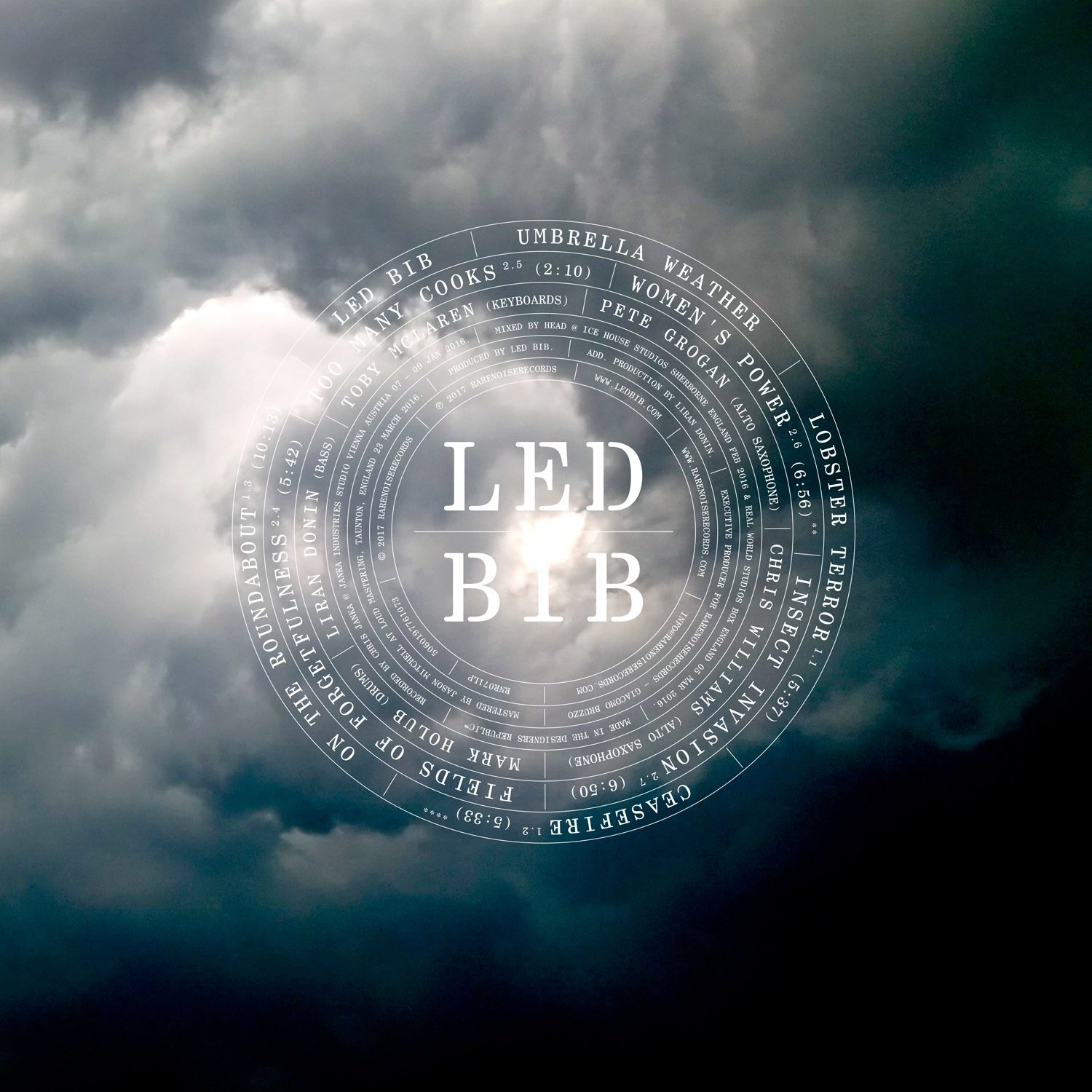 Tracks are: Lobster Terror, Ceasefire, On The Roundabout, Fields of Forgetfulness, Too Many Cooks, Women's Power, Insect Invasion, At The Shopping Centre, Skeleton Key To The City, The Boot, Marching Orders and Goodbye.

The Led Bib story began in earnest in 2005 with Arboretum on Slam, then records on Babel and a move to Cuneiform (now home to Empirical). They broke through with the Mercury nominated Sensible Shoes.

Always outsiders and refreshingly so, they buzz with intent up front in their snarly saxophone attack courtesy of Pete Grogan and Chris Williams while keys player Toby McLaren adds anarchic tonal cluster abstraction and bassist Liran Donin a blues connotation and Charlie Haden-like sense of architecture. Holub is a magnetic presence, his style joining the dots, decades apart, between Ed Blackwell and Bobby Previte. The band performed at Meltdown curated by Ornette Coleman in 2011 which was a thrill.

The Bib are touring in February. Album cover, above. For dates see their site