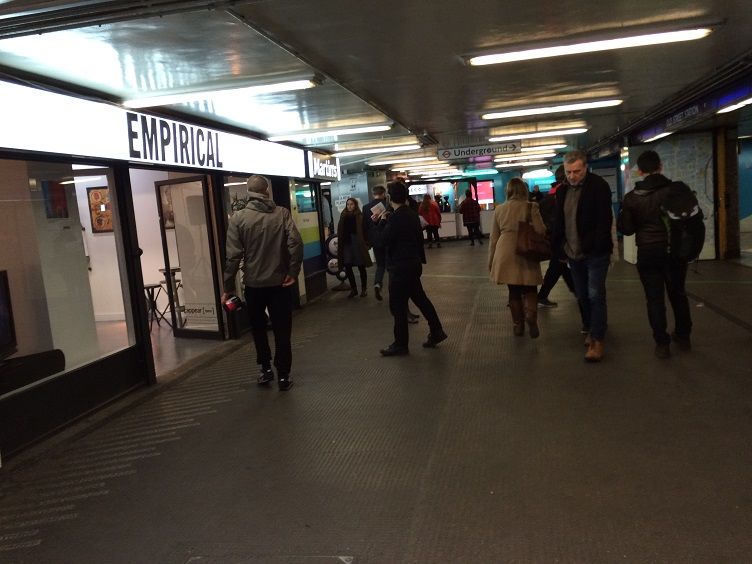 As people walked by, moving between Old Street station subways, a rehearsal was going on.

Empirical were playing inside a shop front that the band have rented out to perform for anyone passing to drop in to listen. They have a new record out called Connection, the spacey ‘Lethe’ one of the tunes heard early on showing their maturity and mastery of the ballad.

Suited and booted as always, the band, all lightly bearded, Nathaniel Facey on alto saxophone, double bassist Tom Farmer behind him fresh from playing in Smithfield at the Oriole during the Wynton and Wayne after-show last week, Lewis Wright on the Musser vibes, and Shaney Forbes on drums were poised and ready. 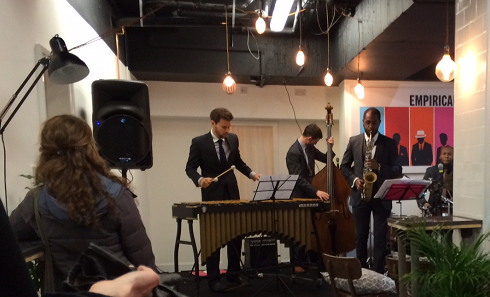 The room had been dressed by a friend of the band’s from the National Theatre and looked the part, like a modern take on a jazz club in a Shoreditch or Dalston bar and not too hung up on over-slick iconography. On the walls there were covers of some of Empirical’s earlier albums, the band set up in front of a few comfy seats, stools then further back, anglepoise lights dangling in the middle of the room, and vintage-look designer retro gas lamp lighting suspended from the ceiling. The new record, which marks a switch from long time label Naim to Cuneiform, arrives two and a half years on from Tabula Rasa on which the quartet were joined by strings for the first time.

In with the new, in with the Old, going underground, top. Empirical, left-to right above: Lewis Wright, Tom Farmer, Nathaniel Facey and Shaney Forbes. First shows are at 5pm today and 8am tomorrow. The residency runs through to a late set on Saturday night. Story/pics: Stephen Graham