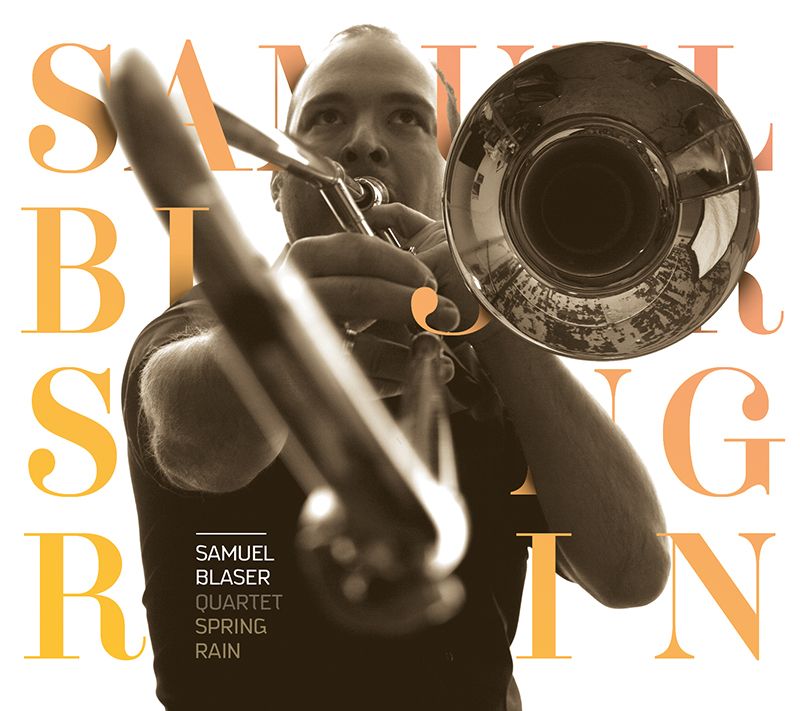 Blaser is ostensibly a free-jazz player by instinct, and he’s here keeping freebop company with pianist Russ Lossing (who has co-written the piece ‘Umbra’ with the trombonist), bassist Drew Gress and drummer Gerald Cleaver on this studio album recorded in New Jersey and in Berlin “artistically directed” by Robert Sadin, the distinguished producer and arranger of Herbie Hancock’s Gershwin’s World.

Blaser makes connections spanning in and out of Giuffre’s soundworld from Ellington to Bartók and beyond and it’s a very absorbing listen throughout. Certainly not a “literal imitation”, as Steve Swallow, a former member of the Giuffre 3, points out in the liner notes, the other Giuffre tracks included are ‘Scootin’ About’ from the Giuffre 3 album that ECM renamed 1961 when it reissued the album in the 1990s (‘Cry Want’ was also on that album which collected together the Creed Taylor-produced Fusion and Thesis; as was ‘Trudgin’’ another Spring Rain tune). Carla Bley’s ‘Jesus Maria’ again another 1961 choice plus Bley’s ‘Temporarily’ again from the same album are included too.

Lossing comes alive on keyboards on ‘The First Snow’ and there is a good deal of vitality on the album beyond this highlight especially when the vivid tonal complexity Blaser applies with no little imagination to the material manages to mesh most with Cleaver’s open rhythmic structures. There is a certain meta-musical knowingness from the group too that also feeds into its inviting atmosphere.

Dedicated to Blaser’s former manager Izumi Uchida who departed the planet much too soon in January last year and who did so much to champion the trombonist’s work, Spring Rain is a stimulating album full of great moments and is certainly for me an avant highlight of the year so far but also stocked full of interest for those who aren’t necessarily diehard improv fans or even Giuffre connoisseurs.