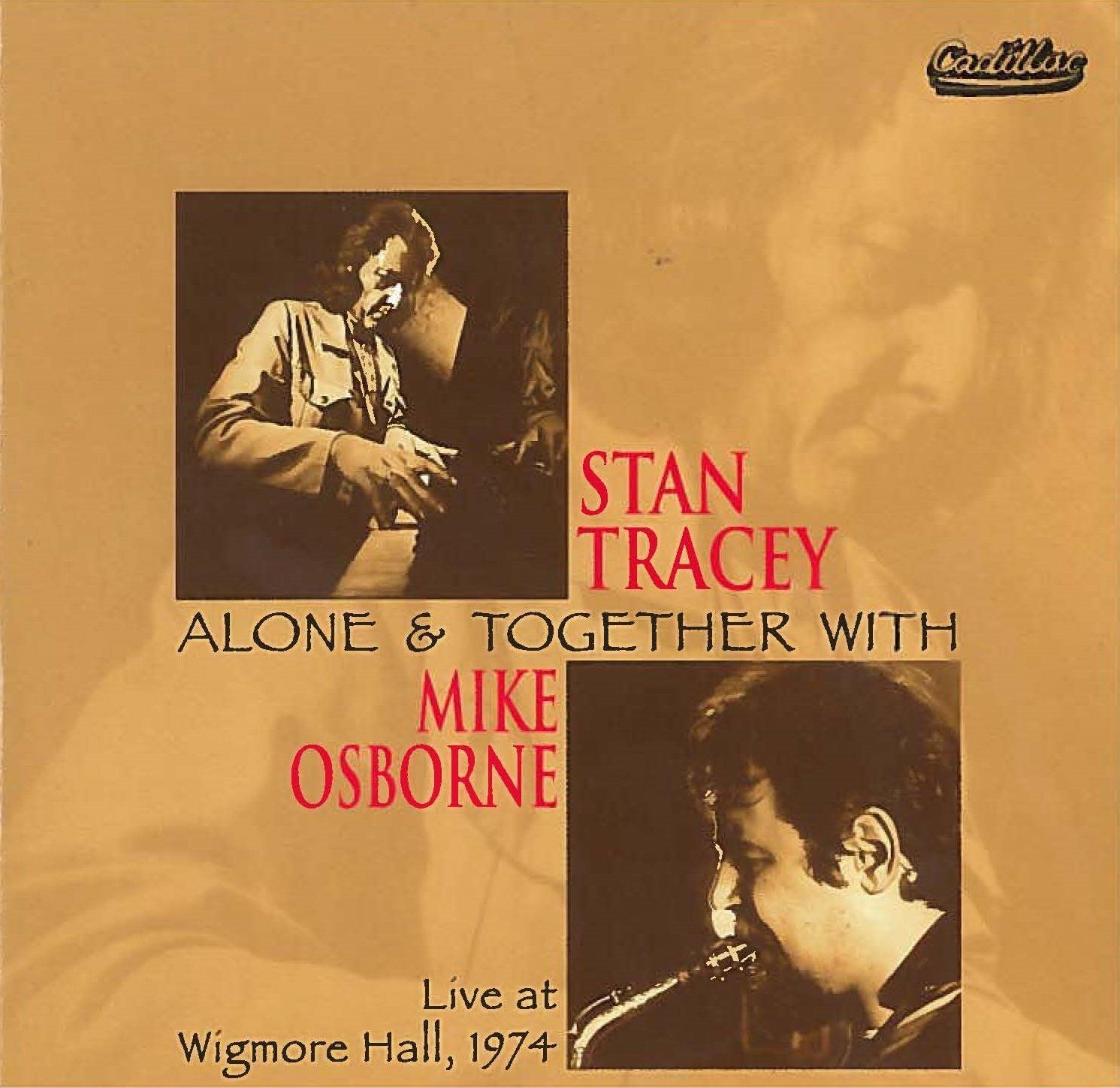 The crediting might be a bit confusing at first blush. But the effect certainly isn’t.

Fans of Stan Tracey and Mike Osborne “alone and together at Wigmore Hall, 1974” will surely see the release next month of some hitherto unheard music by the pair as something of a moment.

To be released by Cadillac Records in early-June part of what is here, the Live at Wigmore Hall 1974 element makes its CD debut more than 40 years after the concert took place.

The entirely improvised set finds the former Ted Heath and Ronnie Scott’s house pianist revered for Under Milk Wood and for many years before his passing in 2013 as the “godfather of British jazz”, to use John Fordham’s much used phrase, in performance at the famous central London concert venue at a time when jazz wasn’t dignified by the classical community in anything like the way it is however grudgingly regarded today. Tracey would himself return later in the year to Wigmore Street and the hall, originally built 73 years earlier by piano firm Bechstein, to participate in T’n’T duo performances with Keith Tippett. Appearing on CD for the first time is one thing. The issuing of new music for the first time, some 45 minutes or so within this 2-CD set, particularly with such a cult figure as Osborne involved, quite another. SG