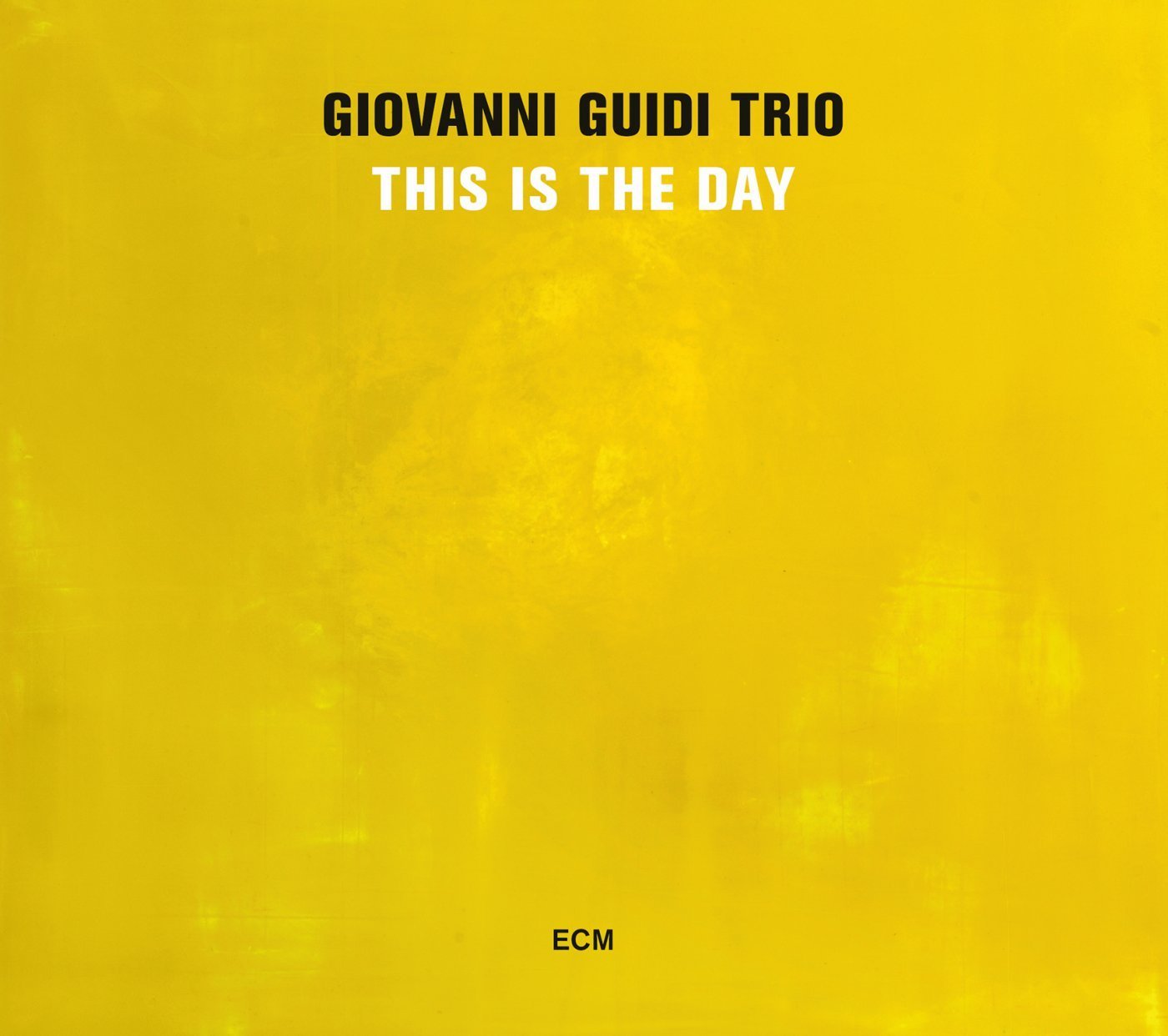 The second act for the City of Broken Dreams trio, the Italian pianist once again in the playing company of US double bassist Thomas Morgan and of Guidi’s fellow Rava-ite the Portuguese drummer João Lobo.

This time around there are lots of the pianist’s own tunes again, as a composer succinctness to the fore cloaked in an atmosphere of reverie. But the standard ‘I’m Through with Love’ is included too, pawed with glacially in all its loveliness; and also a selection here is Osvaldo Farrés’ ‘Quizás, quizás, quizás’ (aka ‘Perhaps, Perhaps, Perhaps’) plus a piece by Lobo. The standards provide a certain relief in one main sense in that you are able to listen to the pianist’s own tunes with different ears in so doing understanding them better given what he does with the known.

This is all extremely quiet music, recorded meticulously in Lugano in April last year. In this hushness a rustle of paper would be like an explosion. Yet beyond this basic aspect Guidi shares something in common with Enrico Pieranunzi in the lushness of his preferred voicings (if not his fellow Italian’s more swing and bop-attuned modern mainstream leaning) more than he does his extrovert labelmate Stefano Bollani.

The trio go free-form and out on a limb more on the Lobo tune ‘Baiiia,’ and that free-jazz thread resumes on the Bley-ish track ‘The Debate’. ‘Quizás, quizás, quizás’ is lighter, the fun bit such as it exists on a sometimes sombre album yet still somewhat reluctant, Lobo at his best.

The tenth track is a variation on the first tune. It’s instructive to listen to both together and out of sequence for some further insights as to how the material generates new ideas. One initial difference is the early bass intervention on the variation, this ‘Trilly’ theme of Guidi’s of Morricone quality.

Morgan reminds me of Palle Danielsson in the nobility of his tone and he introduces ‘The Night It Rained Forever,’ the beautiful final track with a long slightly dismal arco note, Lobo with mallets for raindrops, Guidi at last at his most bravura and emotional. This is the Day made me think of a comment in Kazuo Ishiguro’s Nocturnes: Five Stories of Music and Nightfall: “It’s not about joy, it’s about the memory of a joyful time that’s gone for ever.” Guidi knows more than most it seems that now is for realists but somehow still hears a rhapsody out there somewhere that he must respond to however modern the method and his own personal aesthetic. And it’s simply marvellous.

The Guidi trio play the Rosenfeld Porcini gallery in London on Thursday 2 April; and Jazzahead in Bremen on 25 April