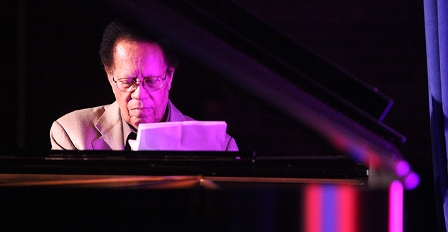 Pianist Cedar Walton died at just after 3am, local time, this morning at his home in Brooklyn, according to Newark-based radio station WBGO's The Checkout via Twitter. He was 79. One of the most iconic hard bop pianists, as a composer Walton was known for such standards as ‘Bolivia’, and ‘Firm Roots’. As a young man after he had finished high school Walton moved to Colorado and studied at the University of Denver and fell into the company of touring musicians notably Charlie Parker and Dizzy Gillespie who would sit in with his own bands. Moving to New York in the mid-1950s he then spent time in the army having been drafted and then back in the Big Apple began to play and record with such luminaries as Kenny Dorham and JJ Johnson. With Art Blakey for three years from 1961 he made his reputation, composing ‘Mosaic’, and ‘Ugetsu’ among other compositions for the Jazz Messengers. Later in the decade he would work with Abbey Lincoln and Lee Morgan. In the 1970s he formed the band Eastern Rebellion an aggregation that would often play at Ronnie Scott’s over the years. Walton was last in the club in February 2013.

The National Endowment for the Arts has just issued a statement acknowledging the passing of Cedar Walton, who was a 2010 NEA Jazz Master. “The NEA joins the jazz community in mourning this loss while celebrating Walton's lasting contributions to the jazz canon and jazz performance.”

There has been a lot of reaction already coming in via social networking sites to the death today of pianist Cedar Walton. World Saxophone Quartet saxophonist Oliver Lake posted simply: “He will be missed”, and linked to an interview the late Mr Walton conducted with Michael Mwenso of Jazz@Lincoln Center. A spokesperson for Ronnie Scott’s club in London, on Facebook, wrote: “Terribly sad news, another one of our music's greats is gone – Cedar regularly performed at Ronnie Scott’s throughout the years and always gave his all in his performances and his art. He’ll be sorely missed by all here. Thoughts and prayers are with his family at this difficult time”. Pianist Eric Reed wrote on Twitter quoting Walton referring to the late pianist’s time with John Coltrane and recording the first takes of ‘Giant Steps’ in April 1959: “ ‘In hindsight, I wish I’d taken that solo Trane offered’.” And singer Georgia Mancio wrote: “RIP maestro Cedar Walton. Watching him play and having the honour of supporting him @officialronnies will never be forgotten.”