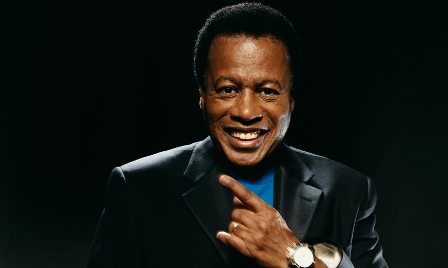 Later this month the great saxophonist and composer Wayne Shorter celebrates his eightieth birthday, and already a raft of celebratory activity in terms of new music as well as a fresh box set of some of Shorter’s early work is timed to coincide.

As previously noted in these pages New York label Motéma is releasing David Weiss’ 12-piece live album Endangered Species: The Music of Wayne Shorter a recording made at the Jazz@Lincoln Center Columbus Circle jazz club Dizzy’s one night during a residency last spring. Ravi Coltrane, the Strickland twins Marcus and EJ, Jeremy Pelt, and Geri Allen are among the players caught in performance playing tunes such as ‘Nellie Bly’ a tune Wayne wrote for the Jazz Messengers that appeared early in the Newark man’s career on Art Blakey And The Jazz Messengers: Live In Copenhagen 1959; the classic ‘Fall’ Miles with the second great quintet recorded on Manhattan’s East 30th Street in 1967 for what became Nefertiti; ‘Mr. Jin’ from the Messengers’ Indestructible album released in 1965; and Wayne’s ‘Eva’ from the Messengers’ 1963 album Ugetsu; and the more recent composition ‘Prometheus Unbound’.

2013 has also of course been about the appearance of a brand new Wayne Shorter album, a quartet release called Without a Net with Danilo Pérez, John Patitucci, and Brian Blade plus additional wind instruments on the major new composition ‘Pegasus’. Without a Net was Shorter’s first album in some eight years and marked a well judged return to Blue Note brought back to the fold by Don Was a label the Newark man first recorded for when he was just 26 and Alfred Lion and Francis Wolff’s label was in its pomp.

Later from 1964-1970, during which Shorter also spent a large chunk of time as a member of the second great Miles Davis quintet, the saxophonist as a leader made such important records for Blue Note as Night Dreamer, Juju, Speak No Evil, and Adam’s Apple, to name just four of them that jazz history would never be the same again.

So it was not as if Shorter, though, had suddenly surprised everyone by becoming a composer of the first rank with Without A Net. Far from it and a new Proper Box called Beginnings to be released on 19 August charts his early work where the first flowering of Shorter’s hugely influential style can be easily detected. Included in the set are selections from Shorter’s albums on the hard-to-find Vee-Jay label together with tracks recorded when he was a sideman with Wynton Kelly, as well as his time with Art Blakey’s Jazz Messengers.

Look out for a review of Beginnings in these pages soon. Wayne returns to the UK for a concert with his quartet and the BBC Concert Orchestra at the Barbican during the London Jazz Festival on 17 November. Tickets www.londonjazzfestival.org.uk