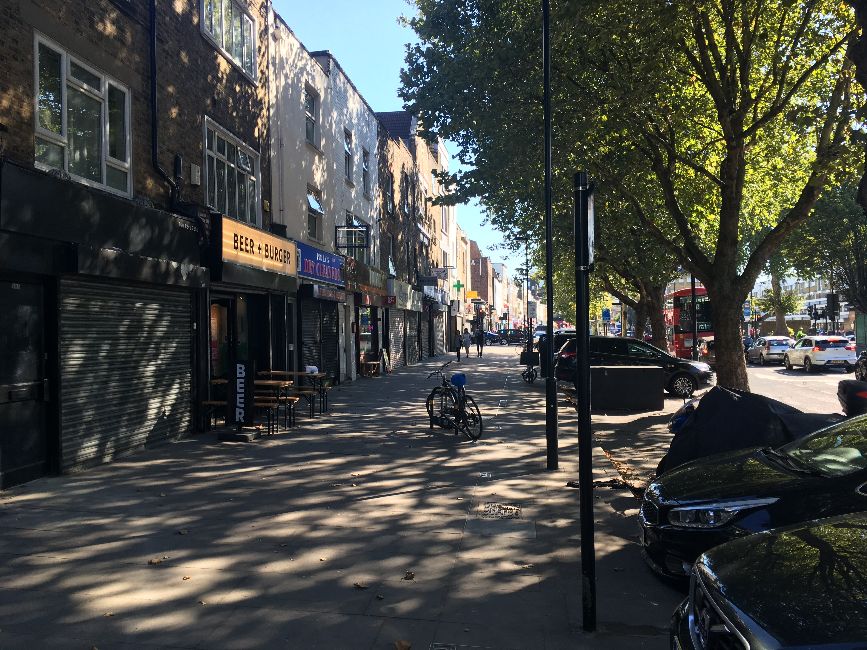 Dalston is in the midst of huge change these past few years with the construction of new buildings, more to come, the constant ebb and flow of London life there for all to keep track of and the Vortex jazz club is in the middle of it. Now more than any time in the last few years it feels like one chapter is closing, another beginning. Best not to take anything for granted, jazz and improvised music fans as the future is at best decidedly grey. Put it this way your neighbourhood jazz club even in London where there are many clubs putting on jazz whether nightly or weekly do not put on institutions such as Mopomoso. They do not have the passion to or belief. 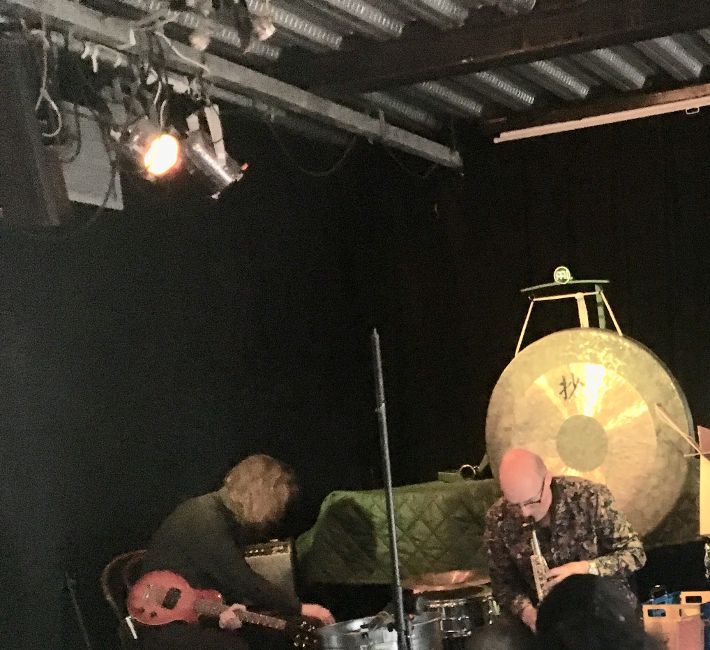 Hosted by John Russell, not here this sunny afternoon — “probably in Japan” — mused clarinettist Alex Ward absent mindedly in his chat to us, and who was lined up to play with Lume’s Cath Roberts, spotted strolling along Bailey Place minutes before, the case for her baritone saxophone lugged up to the door.

The opener had Mark Browne mainly on soprano saxophone, Dan Gregory, percussion, and guest the long haired Ian McGowan, mostly on trumpet. Think Lol Coxhill hovering in the ether when Browne was shaping the sound. He went for broke when he started, however oddly it sounds, to smear the gong with a flat shallow box like object, moving away from his Evan Parker-like use of uneasy trills towards fluttery close-interval plasticity. The effects created were eerily brutal and dehumanising, while Gregory was the Joseph Beuys of the band, junk made to fit the afternoon as he teased rhythm out of whatever he liked and made it fit so well. SG. Along Kingsland Road, top.  Fluxus among the flux, above — going, going, gong.