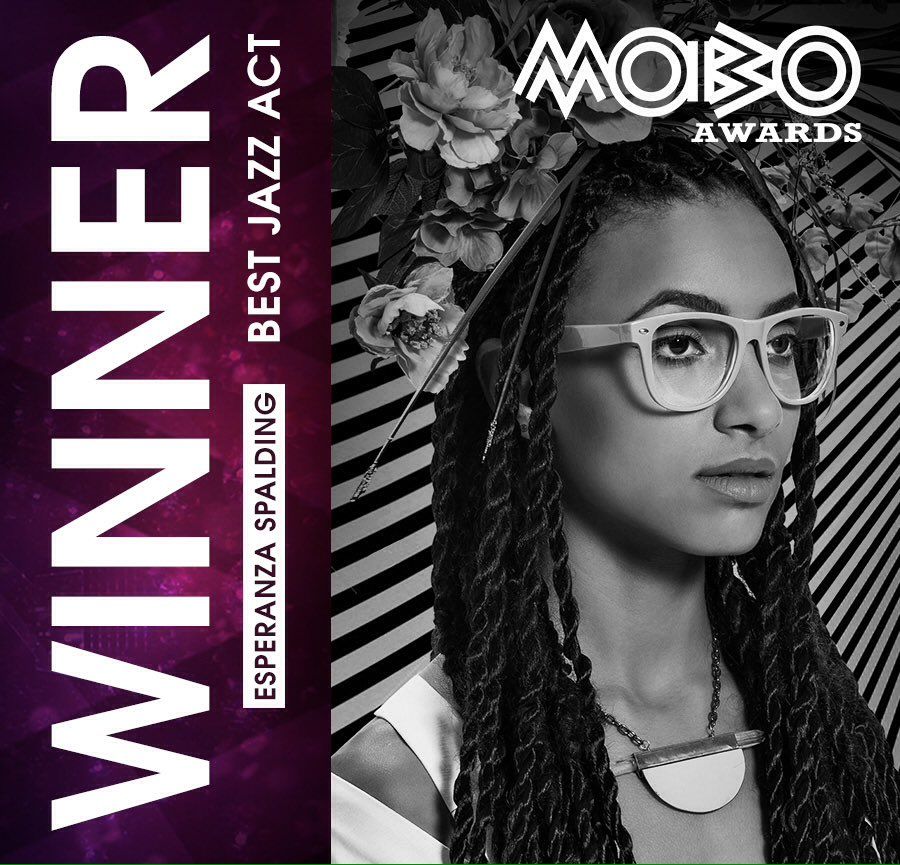 In a year when there was quite an American flavour to the MOBO Jazz Act nominations, it is fitting that bass guitarist-singer Esperanza Spalding won the award announced this week at the pre-show in the Cadogan Hall, near London’s Sloane Square.

Cory Henry, Brit Bill Laurance who lives in the States and after Henry a second Snarky Puppy link, US musician Michael Janisch who has lived in Britain for years, and London born and bred wunderkind Jacob Collier were also nominated.

More on all the MOBOs announced so far: here