Part of the Ireland 2016 centenary programme, remembering the historic events of 1916 that paved the way for independence and foundation of the Republic of Ireland, President Michael D. Higgins and his wife Sabina were in the hall. The concert was a sell out. Pianist Barry Douglas began and before too long rivers ran wide, a stirring version of ‘My Lagan Love’, and deep.

Douglas’ fellow northerner, Enniskillen’s John Kelly, who presented the show in gently gauged lightly droll fashion, filling when needed elaborating to talk about the Irishness of Dusty Springfield, Morrissey... the Beatles (Paul McCartney telling him once that all the Fab Four were Irish, and with great timing, “even Starkey”) to quip having earlier referred to Douglas who opened with what Kelly said was Bach: “there you have it: Classical music was invented in Ireland!”

Truth be told I had come to hear Strabane’s Paul Brady. I wasn’t disappointed, actually the whole concert was amazing, the first of a number of his appearances, a song that went back to the terrible 1800s, and a great version of ‘The Shamrock Shore’ “let us all united be”, still a hope and dream. Later when he came back accompanied marvellously by a pianist on ‘Nothing But The Same Old Story’ it was like having Bob Dylan in the room, a few Knopflerisms notwithstanding, a song that stands up with any of his Bobness’. 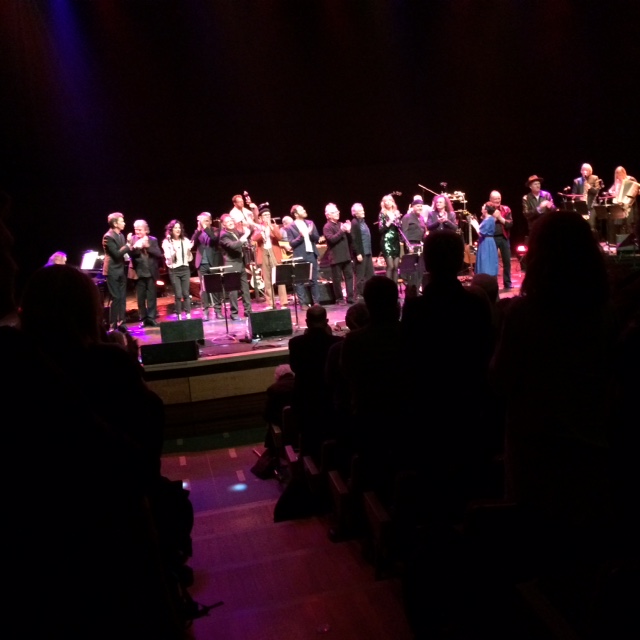 The house band musically directed by Kate St. John on oboe/accordion/sax and with Callum and Neill MacColl (sons of the great Ewan) playing quite brilliantly mainly on guitars backed an extraordinary line-up. 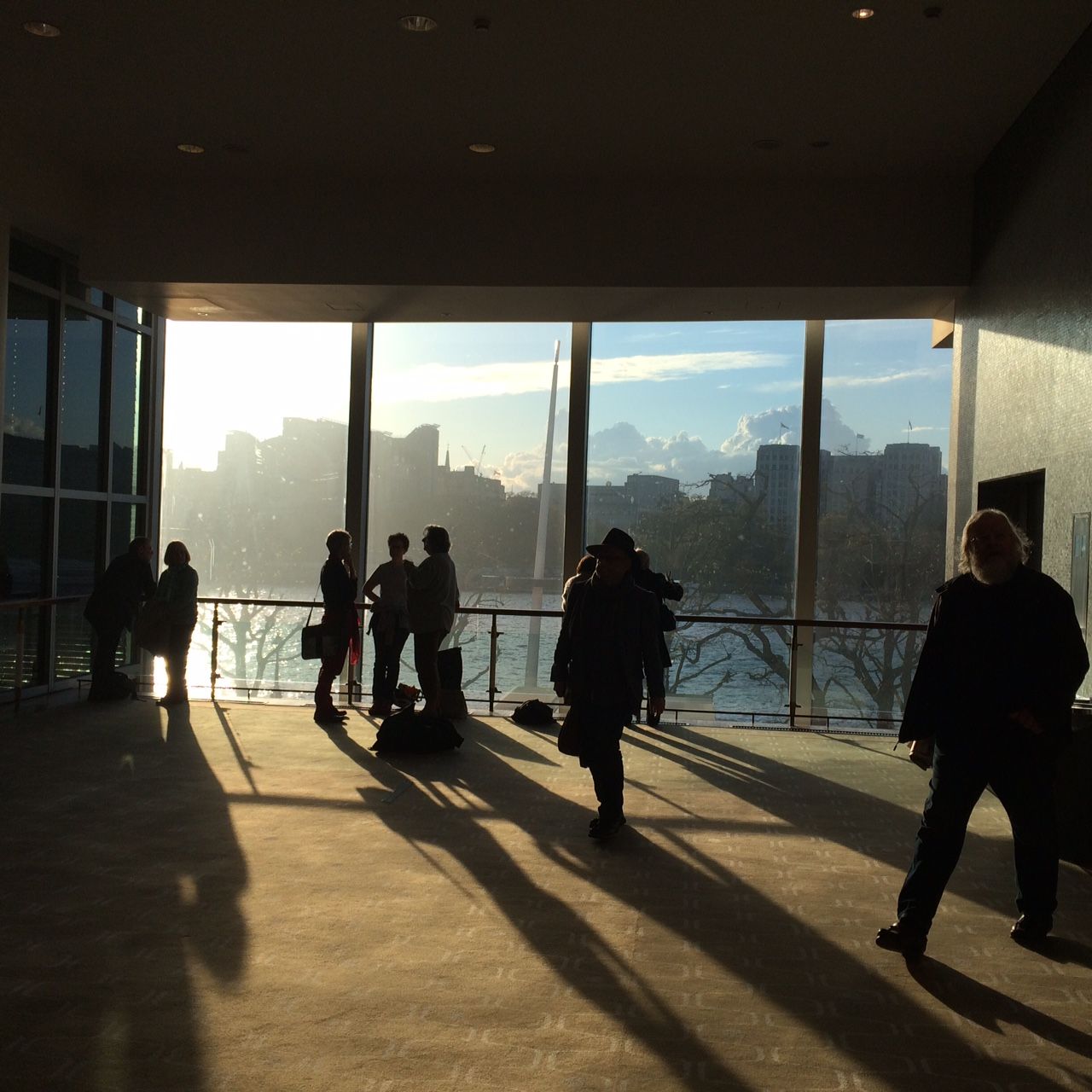 After the hail and rain, audience members beginning to arrive, looking on to the Thames

The bereted Kevin Rowland from Dexys (on ‘Carrickfergus’) was like a showband crooner, that tradition as important in Irish popular music as any, the way he spoke the words like melting snow was a real moment to savour, vaudevillian Camille O’Sullivan on an Elvis Costello song, the boisterous Cait O’Riordan on a Pogues song were best of all, yet the hall responded most to the brilliant fiddler Martin Hayes and guitarist Dennis Cahill from The Gloaming, both hugely revered in the trad pantheon, hundreds of feet thundering spontaneously as the violin and guitar became Irish zen and their strict time accelerated to make your heart race.

The concert united the diaspora effortlessly, with Martin Carthy, Andy Irvine and Paul Brady singing together (Brady picking up an under amplified tin whistle, Irvine on harmonica) who were suitably real and raucous on ‘McAlpine’s Fusiliers’ which the crowd loved and one of the themes quite properly was that the evening was about workers’ solidarity and sheer graft, rising above the pain, in exile. Andy Irvine remembered James Connolly in a historical link in his main spot, a big song beautifully performed by an instrumentalist sui generis. The falsetto of James Vincent McMorrow operated best when the singer made it over to switch from piano to guitar although he was given a little too much time but the surprise of the night was the haunting contribution of Lisa O’Neill, ‘England Has My Man’ early on, surely the toast of Ballyhaise, Cavan town, and now beyond the sea.