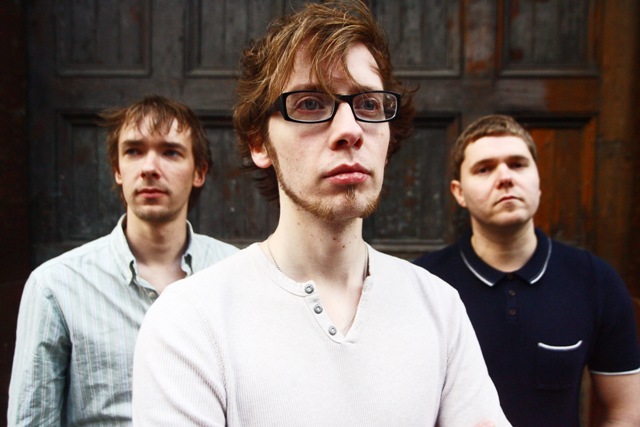 No specific details about the deal exist in the public domain but it is positive news for the new band scene and particularly the Manchester trio. Their album v2.0 came out last year to good reviews and they were also nominated for a Mercury.

That album opened gently with the heartbeat of ‘Murmuration’, GoGo Penguin drummer Rob Turner languidly nudging the band forward, pianist Chris Illingworth (above, centre) enveloping the listener in a cocoon of euphony, new bassist Nick Blacka’s processed double bass eventually rising to the sense of occasion, a dystopian dissonance ultimately against the arc of a soaring crescendo. Then ‘Garden Dog Barbecue’ provides more detail, and in keeping with their earlier Gondwana album Fanfares (Blacka replacing charismatic bassist Grant Russell) the EST comparison is unavoidable but it’s fast making less sense certainly in the totality of this deeply satisfying album. Turner’s drum patterns are certainly very different to Magnus Öström’s, merging more with a broken beat sensibility, and the motion doesn’t just track to trip hop and back. The band’s collective musical empathy is stronger already here than on Fanfares, which nonetheless was a fine debut. There’s a certain melancholia in the band’s sound retained that is still appealing, and a certain enhanced karmic side to their interplay where you can measure the emotional impact at certain points. ‘Fort’ simplifies and clarifies the sound while protest song ‘One Percent’ has an eerie beginning that smashes hard, and ‘Home’ introduces new timbres, the drums more metallic.

On Facebook the trio mentioned how proud and excited they were to announce the news and quickly moved to thank Matthew Halsall and Gondwana Records “for being such an integral and important part of GoGo Penguin so far.”