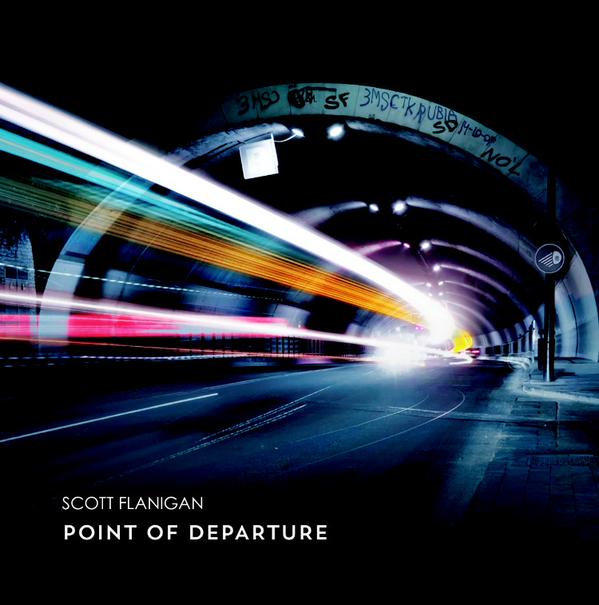 Scott Flanigan is the Belfast jazz scene’s most familiar pianist at the moment, often to be heard at Bert’s jazz bar in the city or performing all over Ireland with a wide range of leaders including Linley Hamilton and Ronnie Greer.

Making room for his own music here in the company of bassist Neil O’Loghlen and drummer Steve Davis the album actually opens with a dark and brooding solo flourish from Flanigan on his own composition ‘The Masterplan’ the album moving on to include other original material of the pianist’s such as the title track and the absorbing ‘Elevate.’

Also included are ‘Love Lost’ by the fine Irish mainstream jazz singer Edel Meade and some standards: ‘Moonlight Serenade’, ‘I’ve Grown Accustomed To Her Face’ and ‘Stars Fell On Alabama.’

Flanigan reminds me of Ronnie Scott’s house pianist James Pearson a little and like Pearson can journey in and out of the modern mainstream tradition with considerable facility and ease. Flanigan has made a very mature and compelling start here and deserves to be much better known beyond his home scene and he is more than ably supported by O’Loghlen and Davis.