You want to dance with that dude? 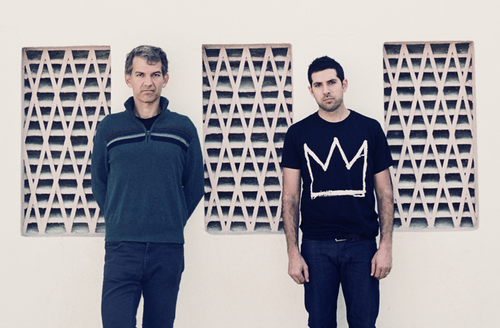 Mehliana
Taming the Dragon
Nonesuch ***1/2
Enter the duo of Brad Mehldau and Mark Guiliana, and there’s a story to tell to begin with, the spoken word voice of Mehldau channelling his inner Kerouac on the monologue of title track opener ‘Taming the Dragon.’

Spoken against eerie keyboards washing in and out here’s a taste of what the narrator has to say: “I had this trippy dream where this cat was driving me around in an old convertible the whole time around LA. Later on it turned into a VW van and near the end it was more like this spaceship kind of thing. We were high up looking over the road.”

It turns out that the narrator is being driven round by an old hipster with a scratchy voice, a cross between Joe Walsh and Dennis Hopper apparently, and then driving north on the Pacific Coast Highway there’s an incident with a sports car coming out of nowhere that cuts the pair of them up. The dude the narrator is with stays calm but the narrator himself in the passenger seat is fuming, “puffed up and pissed off”, but yet admires his driver’s cool.

Of course it turns out it was all a dream and everybody in the dream was the narrator. The music interweaving has a kind of pumped up pogo-ing intensity as the track unfolds which is kind of exciting and put it this way a world away from the concert hall the ladies with the twin sets and the gents with the combovers like to hear the Mehldau trio in.

Mehliana is about taming but not dissipating the angry side of the guy in the dream. And suitably the album has a lot going on, a roar to it, and the Fender Rhodes, synths and effects fill the ears with a pretty big sound spectrum. The synths are like the best toys you could ever want to play with and their bottom beefier end cut the air like butter to add some EDM momentum along the way with the hyper-active drums and effects part and parcel of the approach. Echo effects and a buzzy wash don’t harm anybody either in the development passages and Mehldau seems to have learnt a lot from Pat Metheny, and here on ‘Hungry Ghost’ there’s a big theme that could without being too fanciful belong on an album of Metheny's such as Secret Story.

With half the album written by Mehldau and the rest co-operatively by the duo there are snatches of spoken word from other sound sources melded in and the most elaborate seems to be on the ‘Elegy for Amelia E’ track. Named for aviator Amelia Earhart whose voice is heard from a 1935 radio broadcast. Seven years earlier she had became the first woman to successfully fly across the Atlantic Ocean. Mehldau samples quite a bit of her voice after his opening spacey solo heavily processed with extra sound effects. So there’s this voice of Earhart’s sounding a bit strangulated and historic from more than 70 years ago. “Obviously,” she says matter-of-factly “research regarding technological unemployment is as vital today as further refinement or production of labour saving and comfort giving devices. Among all the marvels of modern invention, that with which I am most concerned is, of course, air transportation. Flying is perhaps the most dramatic of recent scientific attainment.” Earhart goes on to conclude that aviation “exemplifies the possible relationship of women and the creations of science. Although women as yet have not taken full advantage of its use and benefits, air travel is as available to them as to men.” The floaty phantom-like voices weave in behind her own hard-to-catch voice as the music gets louder and louder and Mehldau’s soloing becomes more and more detailed and almost fugue-like in its intensity. Mehldau staggers towards prog-jazz here and there on this track with what sounds like small explosions and the lament at the end mirrors the sad loss of the aviator after a career of extraordinary achievement. It’s one of the album’s best extended sections.

On ‘Just Call Me Nige’ Guiliana comes into his own, the beats getting chopped up and the pair gallop faster and faster.

So plenty of things to consider. Could this be Mehldau’s own Future Shock of an album and the Nige track his own ‘Rockit’? It's impossible to say, but a tantalising thought. Taming the Dragon is certainly a fun outing with plenty of thrills and spills along the way.

You want to dance with that dude, as Joe had it in the dream? There's consequences, as the man said. Released on 24 February
Stephen Graham