At the razor's edge 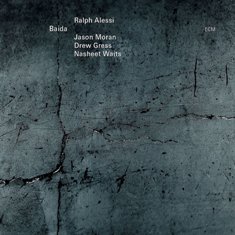 ‘Baida’ the title track and opener here and reprised at the end is a lovely meditation with Alessi’s stung-by-a wasp splutter at the beginning one somewhat startling indication of a player whose approach long time admirers will know is that bit different. The San Francisco-born 50-year-old, known for his association with Steve Coleman early in his career, finds himself in fine company with the quartet gathered here. Sounding as if it’s his moment, a chance for long germinated musical ideas to be put across to a big potential audience on record, Alessi has written all the compositions recorded at Avatar in New York last October. It’s inevitable to try to place Alessi’s sound and I suppose you could say it relates to Dave Douglas’ in some way although it has more of a razor edge, the brassiness flexed or relaxed according to need. Alessi also compares easily to the more avant garde side of Enrico Rava’s method. Of the tunes, on ‘Chuck Barris’ Nasheet Waits drives the playing hard, and Jason Moran’s fat communicative chords perfectly unpacked give the Baida band plenty of fizzing attitude. Drew Gress on bass completing the quartet adopts an architectural role that suits Alessi’s compositional style as it’s so strong on structure without being too tricksy. Clear lines, rather than intricate circuitry are what counts here. A very challenging but rewarding record. SG
Released on 7 October
Read an interview with Ralph Alessi: http://www.marlbank.net/interviews/1046-jazz-is-largely-an-oral-tradition