Kitch leaps off the page at vivid Keats House reading 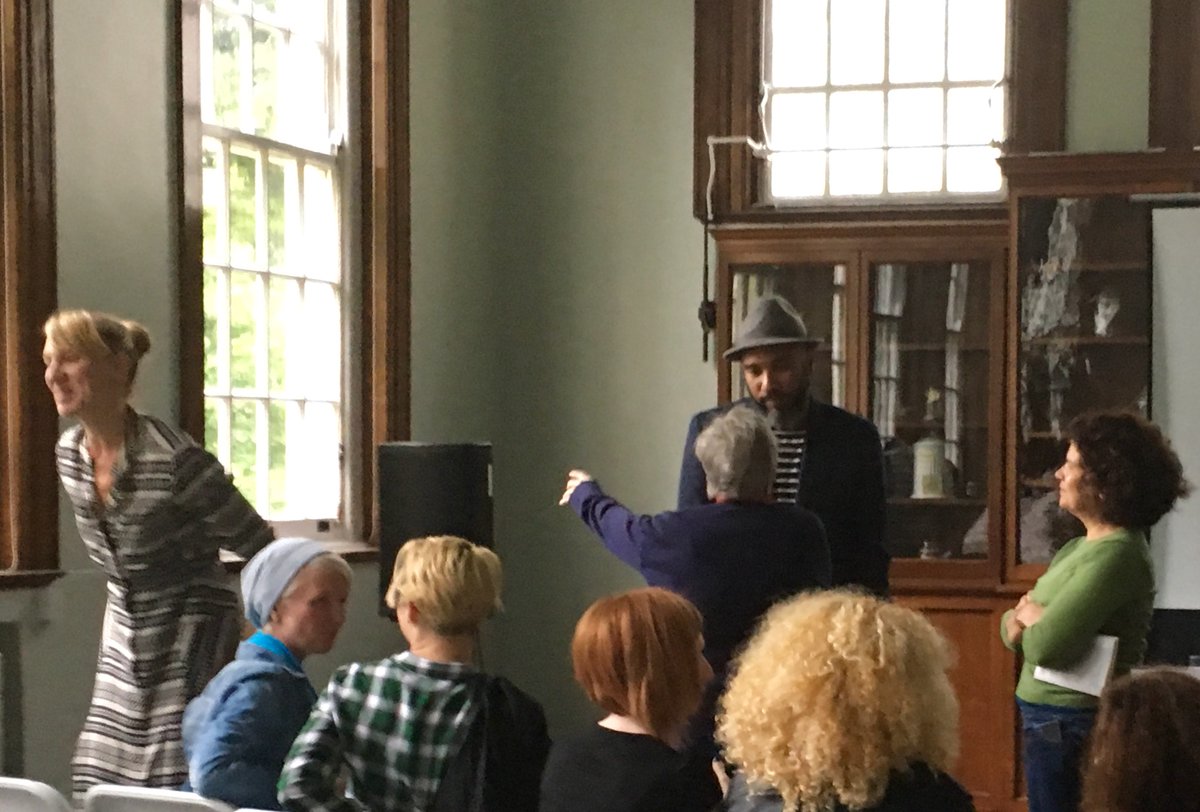 The Kitch tour got off to a tremendous start at Keats House in Hampstead, north London, part of the Windrush 70 celebrations marking the first significant wave of migrants arriving from the Caribbean to the UK in the 20th century who disembarked from the Empire Windrush at Tilbury Docks in Essex on 22 June 1948.

Poet singer writer Anthony Joseph’s fictionalised biography of calypsonian Lord Kitchener is published on the day of the 70th anniversary itself and ahead of the publication Anthony, above wearing a trilby, took part in a relaxed and highly informative onstage conversation with poet Hannah Lowe (in the photo top, left) and took questions from the audience, some of whom are pictured greeting Anthony just after the reading finished and before the book signing queue began to form.

These were evocative, vivid, poetic tales of Lord Kitchener, Mighty Sparrow, and the calypsonian universe spanning from the Caribbean to Kitch’s life in Manchester, and which also included Anthony’s recollection of the profound moment when he actually met Lord Kitchener as chance would have it in Port of Spain.

The tour continues in the Alhambra theatre for a Bradford Literature Festival appearance on 7 July when Anthony will be joined by alto saxophonist Jason Yarde who features on the new Joseph album People of the Sun. Anthony told me in a brief chat during the signing that the album which has been introduced with the trail of the infectious ‘Dig Out Your Eye’ will be released in September. SG

Further Kitch tour dates can be found on the Speaking Volumes website.