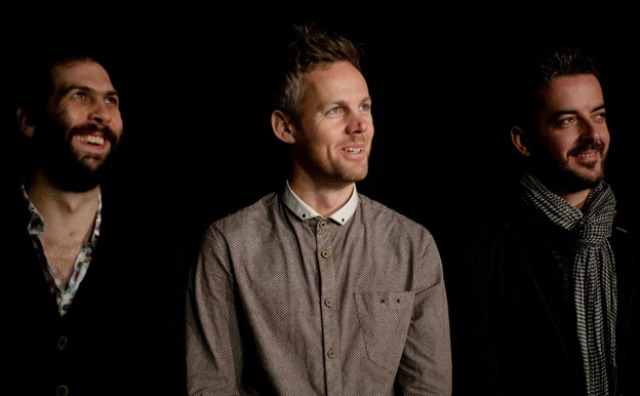 It’s a boom time for fans of Bourne/Davis/Kane at the moment.

This new release is a live recording made in Belfast’s Sonic Arts Research Centre in June last year and complements a current Babel release Mandalas in the Sky (on which the trio are joined by Paul Dunmall).

Recorded during the Translating Improvisation: Beyond Disciplines Beyond Borders colloquium it’s some six years since the trio released The Money Notes. That was two years on from Lost Something, an album that spawned the trio’s formidable reputation among free-improv fans, inspiring John Fordham in The Guardian in something of a rave review to compare the trio “to some of the famous odysseys of Cecil Taylor’s groups.”

The new album arrives a little over a year on from the trio’s first performances of Piers Hellawell’s ‘Sound Carvings, Strange Tryst’ which premiered at the Brilliant Corners festival a few months before this recording was made and which then toured to Aberdeen, Glasgow and London.

Bourne/Davis/Kane are an antidote to the designer jazz piano trio that often or not seems the norm these days. Rough at the edges, quite anarchic at times there is a great power and volatility in Matthew Bourne’s style, while the framework of the trio is very loose and needs to be given the pianist’s free form departures and lurches into the unknown, Dave Kane is the reassuring presence that guides the trio back from the brink. The only thing I’ve heard this year that in any way corresponds with this record is the debut of Alex Hawkins’ trio. Yet the comparison is only approximate Bourne smashing his way through chunks of chords towards some sort of clarity that the trio more than deliver.

Available to order via this link