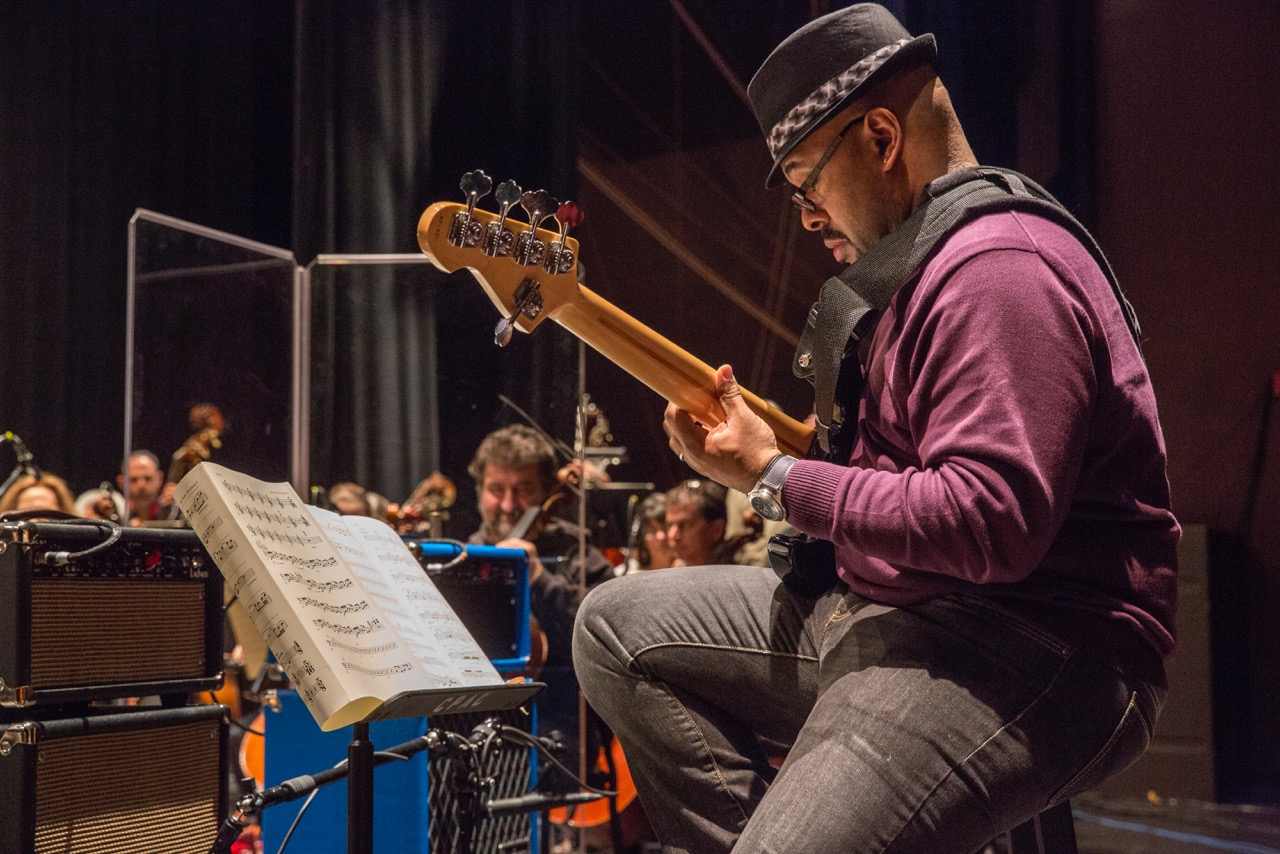 Everything’s big on Looking Forward: Looking Back. Above all there’s the orchestra, some 67 members drawn from the ranks of Hollywood studio musicians. There’s an ambitious mission, too, that involves commissioning and performing symphonic jazz compositions; and not to forget a laudable desire to educate a new generation through outreach in schools and colleges.

The orchestra has commissioned two pieces making up a big chunk of this album. The first and most impressive of these, ‘Dark Wood: Bass Concerto for McBride’ features bassist soloist Christian McBride for whom the piece was named by its composer George Duke. The third phase of its four sections is the most riveting and tender McBride really drawing out a lot of possibilities from the soaring electric bass, the orchestra responding within a forest of John Williams-like development, the funkier interplay between McBride and the orchestra as the piece develops making everything that bit more alive. 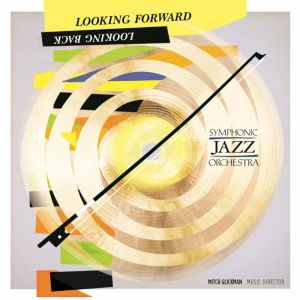 The second chunk of the album is a glossily optimistic Lee Ritenour two-piece section called ‘Symphonic Captain’s Journey’ first premiered by the orchestra in 2012; and finally, the least interesting part even if it is paradoxically the most familiar, the inclusion of ‘Rhapsody in Blue’ the benchmark for a lot of symphonic jazz-inspired music with soloists Bill Cunliffe, Robert Hurst and Peter Erskine.

Using orchestrations by Gordon Goodwin, Dave Grusin and Lee Ritenour the album came together via an Indiegogo crowd-funding campaign and it was produced by Mitch Glickman who also conducts the orchestra. Clearly a labour of love it’s a project that has plenty of power and dazzle. But just get it for ‘Dark Wood’ on download, these four terrific movements with McBride showing another side of his musical personality clearly enjoying himself switching from double bass to electric and fretless electric and thoroughly immersing himself in his hero George Duke’s music.

To be released on 18 September

Christian McBride, top with the orchestra, and the album cover, above