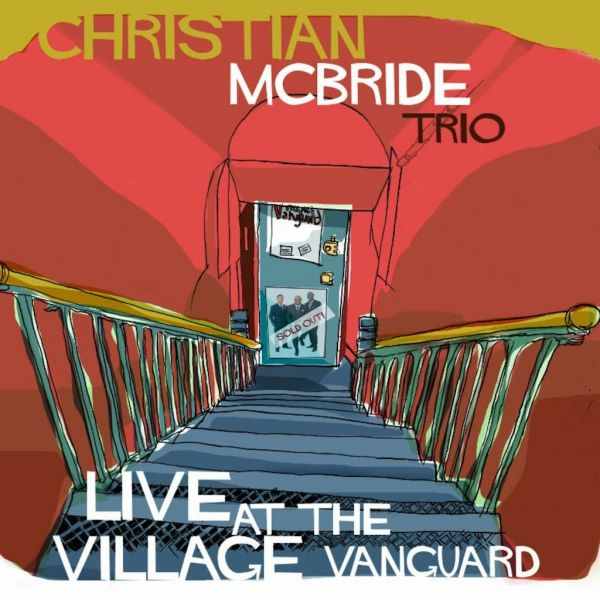 It’s dizzying the numerous ways piano trios operate these days. And when the set-up happens to have a bassist leader it’s different again and sparks generally fly. Few are as swinging or as lively as the Christian McBride trio.

As anyone with a passing interest in jazz created over the last 25 years will well know, the Philadelphian is as good a bassist as you could dream of hearing. He’s on a huge number of records, staggering given he’s only 43, whether they have been on albums by Chick Corea, Brad Mehldau, Sting, Diana Krall, the list goes on, or his own records as leader pursuing straightahead, funk (a big interest), or jazz-rock with his own bands always making his presence felt keeping the groove going but not at the expense of the overall sound.

The trio thing is still in its early days but made a splash two years ago with Out Here. Going from strength to strength here on this amazingly joyful live album recorded at the Village Vanguard over three days during mid-December 2014, a place many feel is still the best jazz club in New York, itself synonymous with live recordings made on the premises whether by John Coltrane or Bill Evans or a host of other giants of the music.

It feels as if McBride has the audience in the palms of his hands here and there’s a riot of piano to begin with courtesy of the other ‘Christian’ in the band, Christian Sands, who McBride later introduces in his rich baritone voice is from “that booming jazz metropolis known as New Haven, Connecticut.”

In Ulysses Owens Jr, a former student of the bassist’s, McBride has found his very own Jeff Tain Watts, sharing the same thunderous sense of swing and attack as the ex-Branford Marsalis drum legend, summoning plenty of spirited interplay with the other two members, his terrier-like instincts chasing bass and piano lines like he’s never going to get left behind.

Opening with a Wes Montgomery piece ‘Fried Pies’ followed by a warm band introduction from McBride as mine host full of bonhomie, a punishingly rapid version of JJ Johnson’s ‘Interlude’ and then a Christian Sands piece ‘Sand Dune’ you’ve just got to switch off and let the warmth and skill of this high performance band wash all over you. There’s no point in sitting around analysing it, it’s like stepping into a bath: the heat takes over, it’s that feeling.

The audience go quiet for the soppy romance of a well delivered version of ‘The Lady in My Life’ the Rod Temperton song Michael Jackson more or less made his own on Thriller, Sands setting the interpretation up very silkily. Later the patter patter, scamper scamper of ‘Cherokee’, dramatic turn of affairs on ‘Good Morning Heartache’ and then the party really begins with the big beat of ‘Down by the Riverside’ and fun take on ‘Car Wash’ the hand claps ringing out all around the storied club. Rose Royce never sounded anything like this! Simply a pleasure to press repeat.