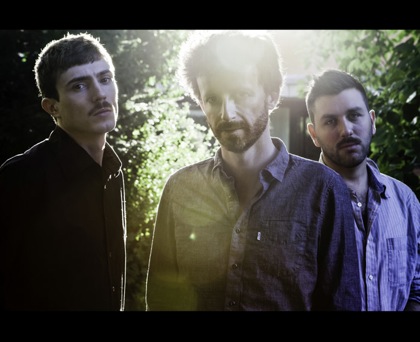 Reedist Nicolas Masson, guitarist Roberto Pianca and drummer/pianist Emanuele Maniscalco back once more here a little more than two years on from the release of their self-titled label debut.

This Swiss-Italian trio know how to slow burn their way through a smouldering heap of material gradually managing to fix their intense musical gaze on you.

On their earlier record it was the apocalyptic edge they brought to their playing that was striking but here the opening forays are more episodic and resemble more a piece of contemporary classical music on ‘Afterwards’ for instance.

Masson expands his approach as the album develops. And when he plays tenor saxophone he even sounds like Jan Garbarek more than was ever evident on the earlier Third Reel album. On ‘Lara's Song’ he’s at his most heartfelt, a side of the trio it would be great to hear more of (Maniscalco playing piano here) the solemnity of the piece perfectly gauged.

Recorded in August 2014 in Lugano there’s less dourness than before but certainly it is an earnest band mindful of freebop and avant jazz primarily, Maniscalco when he plays drums clearly in a Paul Motian space.

Third Reel know the value of brevity and succinctness and most of the tunes are in the 3-4 minute range although sometimes you wish they’d open up a bit and rip apart the restrictive corsetry of their rigidly laid out compositions. Each band member contributes material and the compositions have much in common with each other even bearing in mind the switching around in authorship.

A band that hopefully can develop even more in the future especially by injecting a bit more metrical variety and even a few more up-tempo pieces here and there to avoid their albums becoming one long slow mood piece which to an extent both albums are. Masson particularly emerges as a sensitive player who continues to stand out yet the ultimate strength of the trio’s rapport is far more important than any individual’s virtuosity. SG

Out now. Third Reel, above