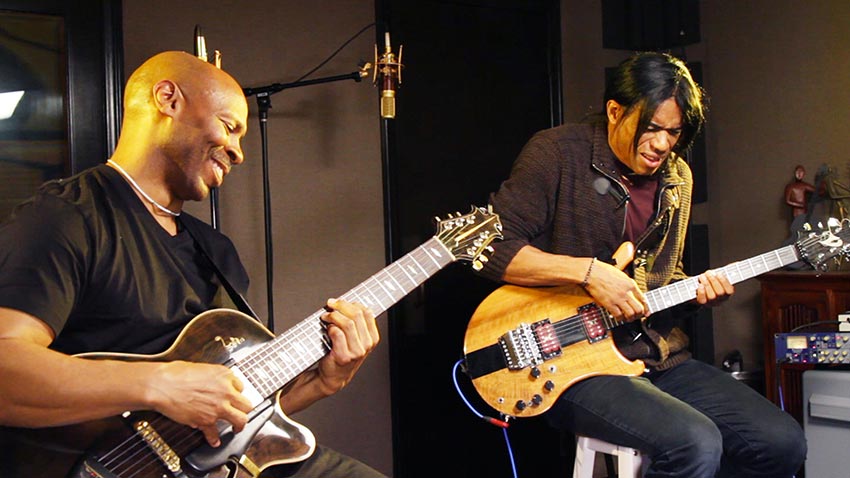 Two guitars resting on their stands guarded by a pair of pencil-gaunt stools, Eubanks and Jordan nowhere to be seen on the cover.

Mostly recorded in California in Eubanks’ home studio and produced by the pair we have 10 songs here mostly familiar, only the jazz superstar pair’s own tunes ‘Morning Sun, ‘Old School Jam’ ‘Vibes,’ and ‘Goin’ On Home’ less so. Does interpreting a four-year-old Ellie Goulding hit pose as much as a risk as trotting out ‘Summertime’? Well very much yes: ‘Lights’ as much a too-new provocation to those stuck in their ways (as is tackling Adele’s over-familiar ‘Someone Like You’) to the same kind of listener bored to tears with yet another version of the Gershwin/DuBose Heyward classic. Could it be that this is all a little too safe? 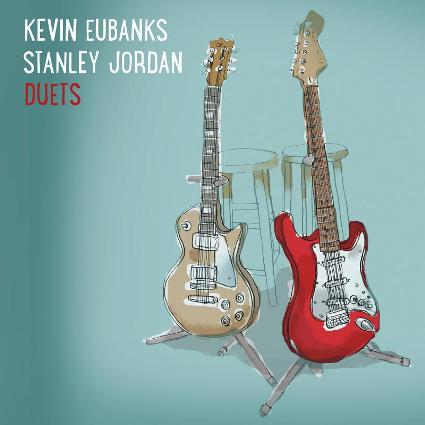 Well not really: marrying electric and acoustic guitar on ‘Morning Sun’ to begin is a cleansing, a shaft of sunshine;  ‘Summertime,’ all contrapuntal and engaged, Eubanks dubbing bass and acoustic guitar, against all odds works. Eubanks again on bass, Jordan his electric guitar foil, on ‘Nature Boy’ starts to elaborate a little too noodily however much silvery summer pokes through here. The risk-averse selections are ‘Blue in Green’ Jordan playing piano here and the currently ragingly popular Thad Jones classic ‘A Child is Born’ covered brilliantly by the pair.

An accessible album of course, not just because of the pop material, but in the clarity of their improvisational interplay and rapport. Two masters reach out to new audiences while somehow managing to appeal still to the faithful. Stephen Graham

Released in the UK and Ireland on 23 March