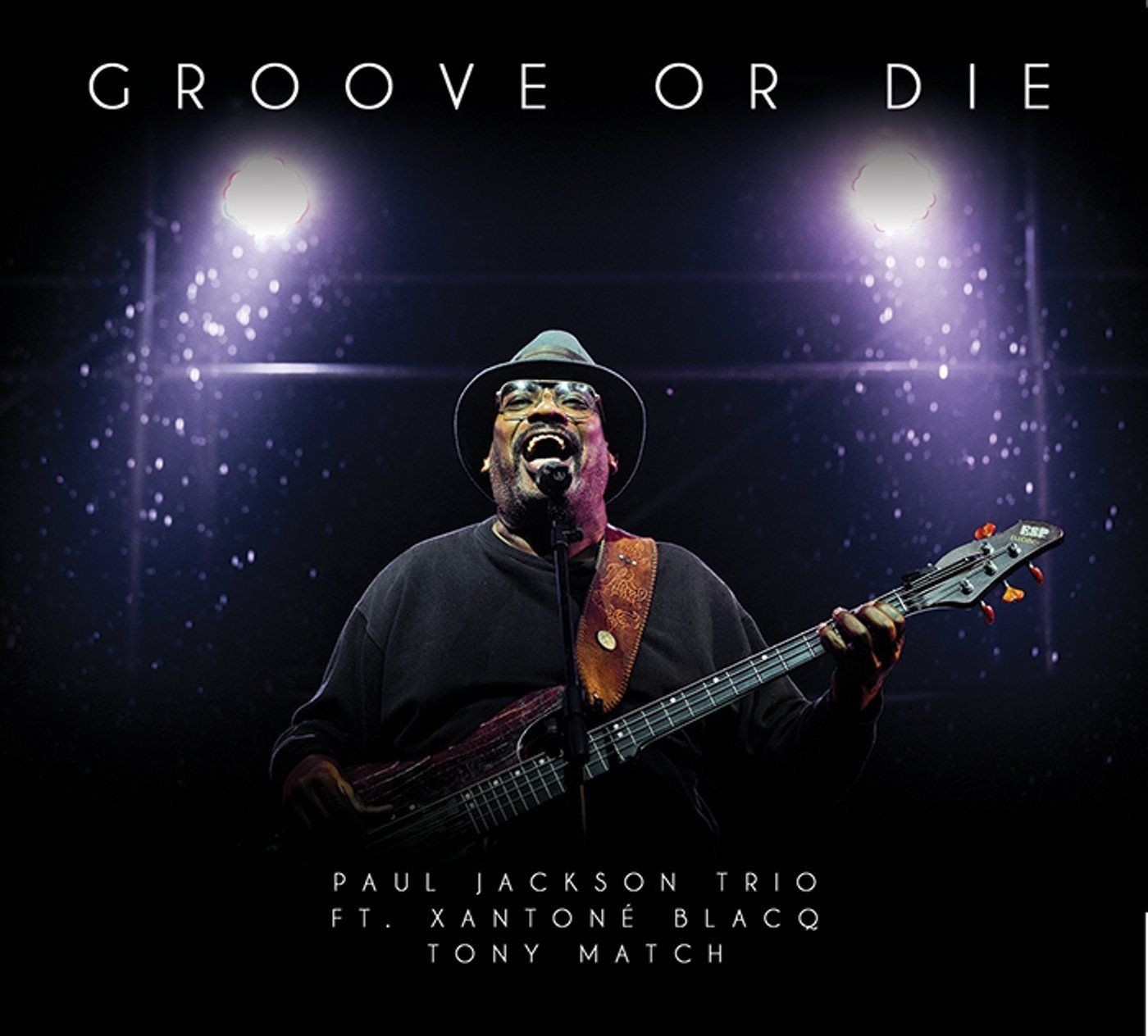 Chances are you won’t have heard a more goddam funky jazz record all year, the Headhunters electric bass legend Jackson here in trio mode with the Stevie Wonder-like vocals and in-the-spirit keyboards of Xantoné Blacq and lively French drummer Tony Match. With Herbie Hancock in the 1970s and 80s Jackson appeared on such seminal jazz funk albums as Headhunters and Thrust receiving one of his Grammy nominations for co-writing the classic ‘Chameleon’. He also featured on Secrets, VSOP, and Sunlight among other Hancock albums.

Recorded in London back in April the album begins with ‘Groove’ featuring a jivey vocal from Jackson and when it gets real funky in a much later extended section a nod to Robert ‘Kool’ Bell, surely. ‘Everything’ moves into and remains in distinctive jazz-head 1970s jazz-funk territory without compromise and the album is fundamentally a groove record, a rhythm record with the vocals for the most part just sitting on top. The gospelly ‘Tiptoe through the Ghetto’ for me out-monsters everything with its staggeringly effortless funk appeal and practically patentable bass line routines. I couldn't keep still for one minute listening to the relentless grooving here, and there’s plenty of improvisational imagination at play, too. An album to put a smile on your face and a spring in your step. SG
Released on 14 November the same day the trio play Hideaway during the London Jazz Festival