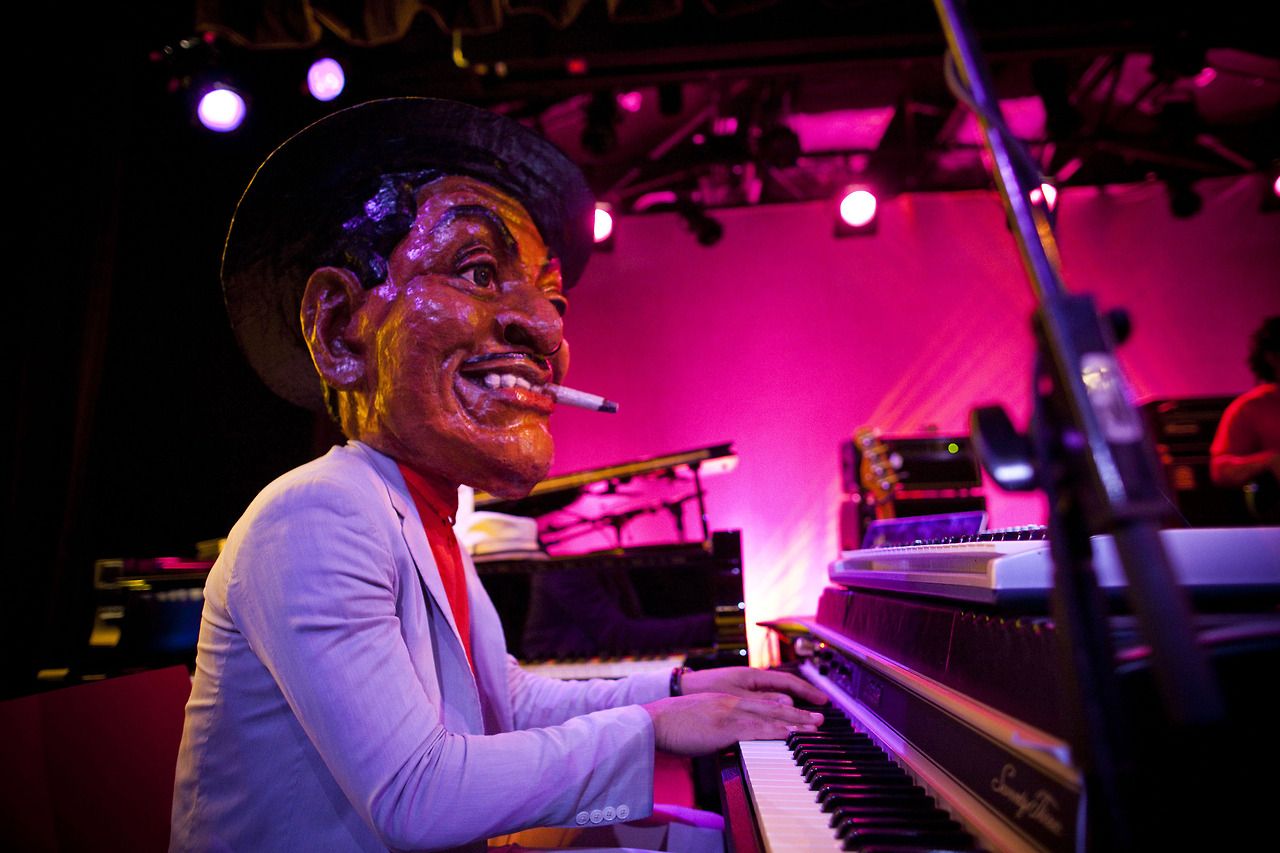 A generation comes in from the cold. That distorted voice intoning put your hands on it at the beginning drops a hint something new is up, the Fender Rhodes, a symbol of youth these days even though Moran is in his late-thirties, then underlines. After this anyone under, oh, retirement age, will be able to think of Fats Waller in a different way. If you’re being really honest with yourself nobody really bothered about the half forgotten probably too overly familiar music of Waller in the last few decades unless you were a died-in-the-wool traditionalist or just knew the best known tunes as standards that just happened to be there. Waller just seemed like an entertaining figure from the past whose tunes would occasionally pique a modernist’s interest, some times heard a long time ago through the filter of say someone like Eric Dolphy to eventually become putty in the hands of the Vienna Art Orchestra.

There was that anonymity and familiarity that some of the music handed down by jazz greats exudes that actually creates a huge distance between the music and performance. Moran’s knack is to retain the entertainment element but throw in loads of other stuff, like adding loads of herbs and interesting sauces cooked in a radically new way to stodgy old ingredients. He could have just taken the whole thing out into the wild avant garde. But in fact he goes the other way and fools about with the entertainment element.

The album takes plenty of detours including one from Leron Thomas, on the endearing Loesser/Carmichael song ‘Two Sleepy People’, who you might remember did a great turn singing on Zara McFarlane’s album last year. He manages to show why he might as well forget about the trumpet a bit as he’s one of the great new male jazz singers, post-Gregory Porter, to croon credibly in the Freddy Cole mould. Moran’s long running piano trio the Bandwagon is only part of the story here as Meshell Ndegeocello is in attendance at her jazziest shining through while retaining her typically sensual signature style. A song such as ‘The Joint is Jumpin’ with its marauding opening drum beat somehow takes on Baz Luhrmann proportions as the aural scenery opens up skyward, no visuals required, the arrangement taking on a Technicolor dimension. Moran is pretty funky in a kind of a dress down honky tonk sense say on ‘Honeysuckle Rose’ and elsewhere when he needs to be, scaldingly modern at other moments when he can’t be bothered, the horns finding a bit of space to blend and hunker down around him.

While the structures and rhythms don’t quite shout out “you can dance to this,” they make a pretty good go of it, the album accessible without being obvious, and each of the 12 tracks has a life force whether the momentum is overtly danceable or now. All Rise is certainly not a conservatoire-endorsed or ‘official’ kind of album with so much musicological respect for Waller generated to construct an impossible obstacle to enjoyment. ‘Jitterbug Waltz’, tender towards the end, is where bassist Tarus Mateen comes into his own pulsing like a light caught in the rear view mirror dimming in and and of view, a little like the way say Derrick Hodge manages to add that soulful ‘x’ factor to a Robert Glasper record. And it’s on this most idiosyncratic of waltzes that Moran shows his mastery of the balladic mood.

One of the best jazz albums of the year so far, Moran comes over for the Berlin Jazz Festival in the autumn to unveil the project to a European audience for the first time. Should be an event. SG