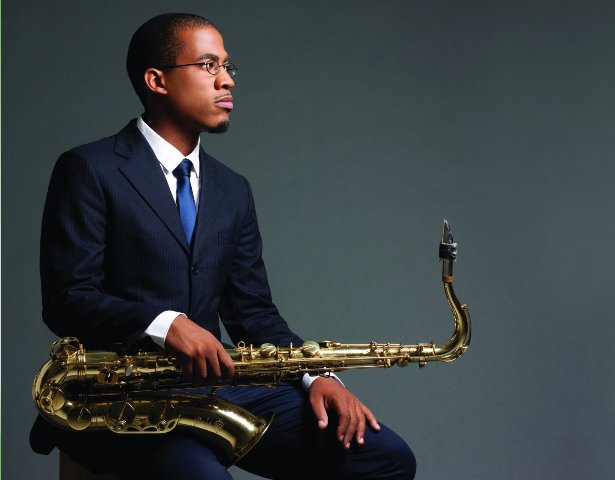 This record enters the pores. The ghosts of the past a phantasmagorical challenge to the present: the spirit rising to conquer in the person of saxophonist James Brandon Lewis, a player whose sound is soaked in the deeply spiritual healing waters of free jazz.

There’s that sense that what you’re hearing is special, the raw material cut by Herculean effort from some sort of fabled marble hidden in a far away quarry. Divine Travels finds Lewis with bassist William Parker and drummer Gerald Cleaver, two avant garde prophets from that influential sound world where John Coltrane was ultimately the father, Pharoah Sanders the son, and Albert Ayler the holy ghost. 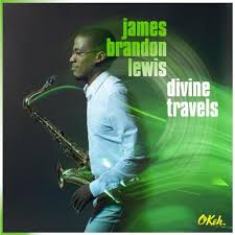 Lewis’ second album four years on from Moments among its 10 tracks there’s impressive input from the Washington DC-born poet Thomas Sayers Ellis. And above all there’s a remarkable calm here for instance on the track ‘Divine’ but contrast this with the quick witted breathlessness of ‘A Gathering of Souls’ or the way ‘Tradition’ opens out for a sunny walk in the park for Parker and Cleaver, Lewis chipping in as the rhythm envelops all three. There’s a lonesome ache to ‘Enclosed’ Parker tearing at the limits of the bass as Lewis becomes almost conversational in a Sonny Rollins sense Cleaver opening everything up with deft touches and the universality of rhythm. ‘No Wooden Nickels’ has so much poise, Lewis drawing deep from some secret well of inspiration, Sayers Ellis a syllabic syncopating foil to Lewis on ‘Organized Minorities’. A brilliant inspirational record everyone should hear.