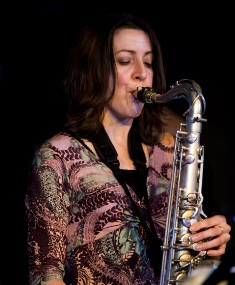 The pivot, with no piano or guitar within earshot, is Dave Manington’s double bass. Opener ‘Bubble and Squeak’, written by Jez Franks who Freestone co-leads the band Compassionate Dictatorship with, is the ideal vehicle for a certain statement of intent. Tim Giles’ very open, thrusting loose-limbed beat and Freestone’s conversational style that has an edge to it immediately establish a laboratory atmosphere where there’s plenty of explorative and absorbing trio interplay, a Eureka moment just a breath away. 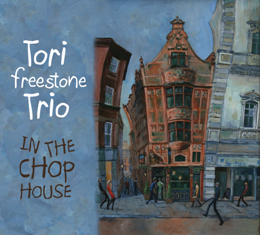 It’s forward thinking acoustic jazz, the kind Julian Siegel, who Freestone’s sound resembles a little, is so adept at conjuring up, with a strong intuitive improvisational ethic on a bunch of eight tunes, Freestone single minded and intense without the need for too much stark introspection. Named after a Manchester pub and recorded in a London studio in 2012 tune choices include an imaginative and tender interpretation of Joni Mitchell’s ‘Both Sides Now’ and the beautiful Irish traditional melody ‘My Lagan Love’ as well as Freestone’s own compositions. Freestone has her own playing voice here and the trio display real rapport that’s stimulating and fresh.