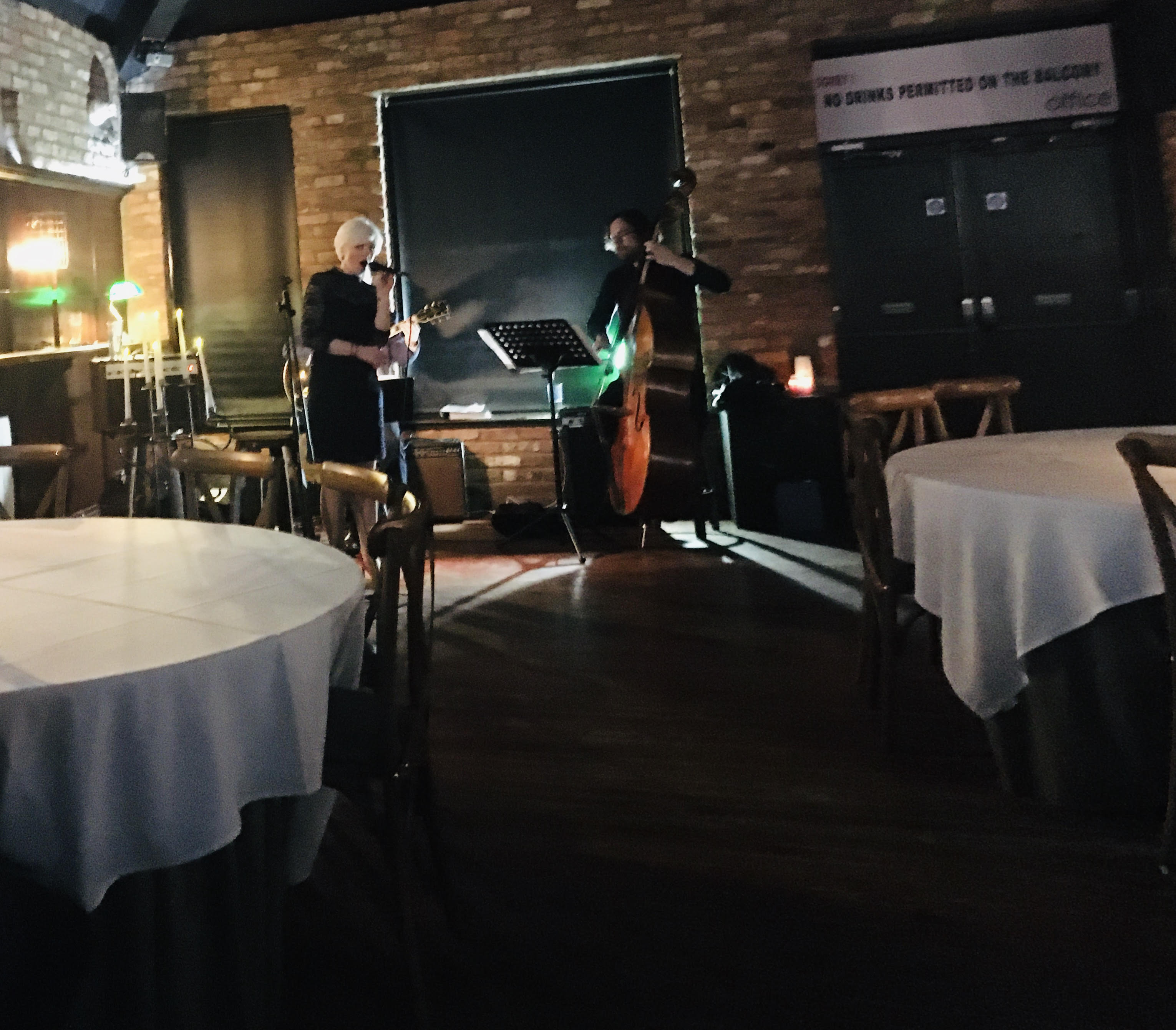 Feeling good: Upstairs in Pat’s of the Diamond, Enniskillen – Victoria Geelan (Paul Maguire on guitar out of shot is behind the singer) and Rohan Armstrong playing at the Fermanagh Live Arts Festival. pic marlbank

In a long very alive not too echoey brick and wood constructed room that has a high ceiling, the trio not amped up too much the level only upped a bit later on so we could hear the bass a bit better, a congenial murmuring of conversation like overtones warmed the space just the right side of being intrusive and contributed to the ambient sound, Derry based Omagh singer Victoria Geelan, last in Enniskillen with her Nina Simone themed project, here in her band Omagh scene the Burrellian guitarist Paul Maguire returning to Enniskillen where he is becoming a regular and double bassist Rohan Armstrong, (known for his work with the very fine Hendersonian tenorist Meilana Gillard) were the players. Victoria has always reminded me of June Christy and she has a fine voice to merit such a comparison, very strong as she rises to the top of her range and yet tender.

‘Summer Wind’ among a standards strewn set was the pick of the evening. Delightfully Victoria’s baby nestled at the back of the room became a backing singer so Maguire and Armstrong had to play an unplanned instrumental while Victoria went over in response to the gurgling and then returned to the stage to follow with the next number, Ellington’s ‘Sophisticated Lady’, the Mitchell Parish lyrics painting such a vivid picture “Smoking, drinking/never thinking of tomorrow/nonchalant diamonds shining/dancing, dining/with some man in a restaurant”. The key difficult question of a song about interior desire following, “Is that all you really want?” Answer there needs to be none.

An excellent showing: the audience responded best to the Nina Simone material with the finger popping 'Love Me or Leave Me' at the end, “ba ba” in the arms of the festival chair Ann McDermott looking very content and happy. SG