Introduced by a former administrator of Florence Court house Gordon Brand, Jenny Cathcart gave a talk based around her new book illustrated by screened images available in colour online and on Kindle and with mono versions alternatively presented in the printed copy of Notes From Africa: A Musical Journey with Youssou N’Dour (unbound.com) just published. The Senegalese superstar singer, global icon of African music and 2012 presidential candidate turned 60 this week – and Jenny, a former BBC TV producer, told us that she had spoken to Youssou as recently as Tuesday – the day of his birthday itself.

In her interesting talk she showed images of a who’s who of African music greats that in addition to candid shots of Youssou, included many other musicians she had got to know over the years and in the pantheon illustrated included Ali Farka Touré (1939-2006), Bra Hugh, the great Hugh Masekela (1939-2018), “Mama Africa” Miriam Makeba (1932-2008), Angélique Kidjo, Salif Keita, Baaba Maal and many more to also span greats such as from Nigeria Fela Kuti, and the great guitarist from Congo, Franco – with more Lusophone icons who included Mariza in addition to name but a few. 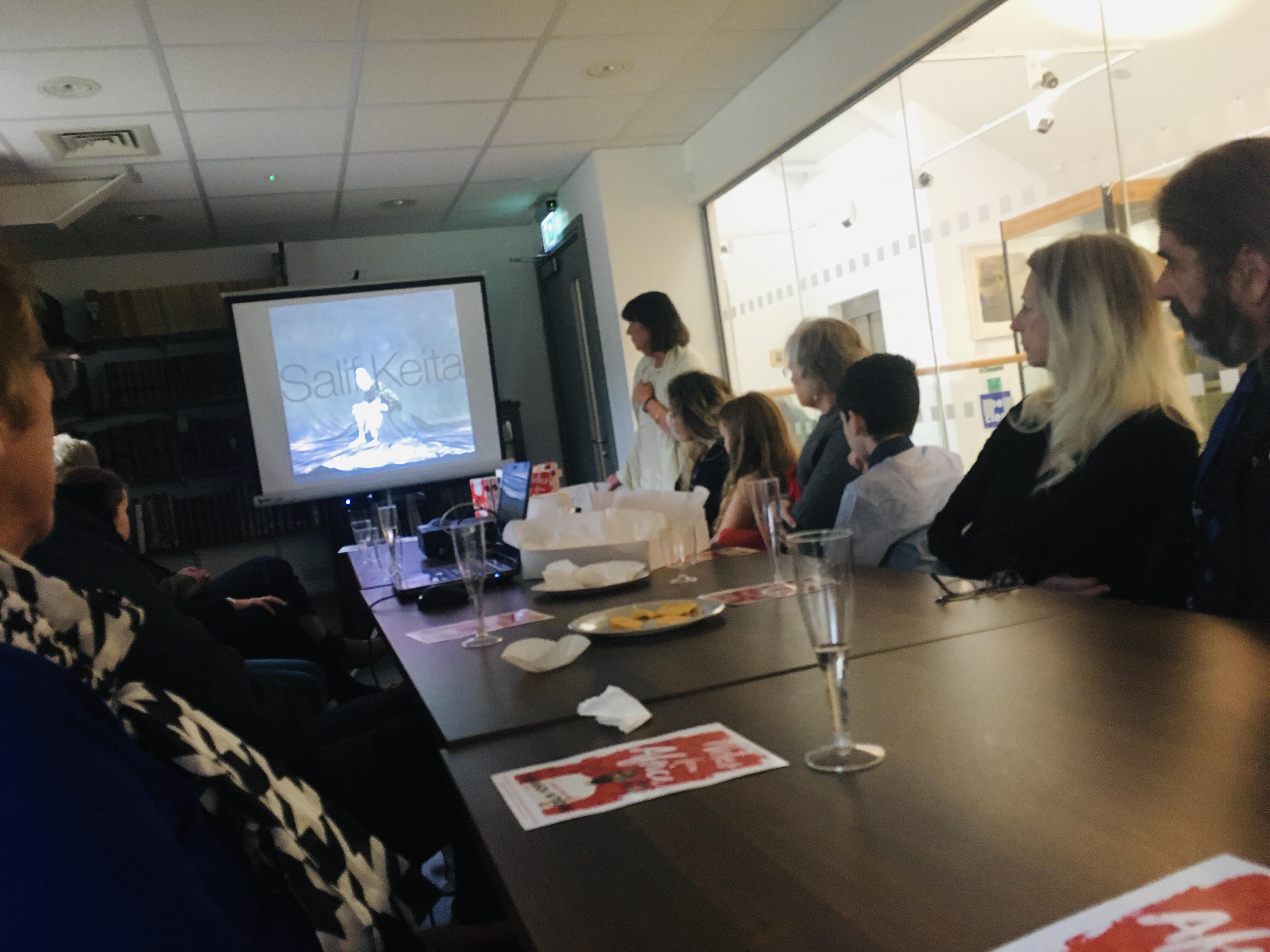 Jenny Cathcart launching Notes From Africa: A Musical Journey with Youssou N’Dour in the Glass Room of Enniskillen Castle during the Fermanagh Live Arts Festival.

Fermanagh author and French speaker Jenny, who also has run her own record label, met Youssou in 1984 and in her role as a producer in addition to the TV series Rhythms of the World produced the first ever African Prom. She also has managed Orchestra Baobab and Cheikh Lô among other leading globally renowned African artists.

The book split into four parts begins in Dakar and in the second part charts Youssou’s early career and how he became known beyond Africa both for his music and as a role model for the diaspora. Part III looks at a range of subjects including a chapter on Jazz in Africa and charts the path from early rap to modern hip-hop among other topics. The book includes annotations, a bibliography, Youssou N’Dour discography, a choice of 100 Classic African Tracks, list of images and an index.

In the book she addresses the enigma that is Youssou N’Dour and writes on page 134: “I have immense admiration for Youssou N’Dour as a singer and musician. As a person he is extraordinarily even-tempered – I have only once seen him angry, and that was when a tour manager made an unfortunate mistake. He is an extremely private person who shows little emotion, though he demonstrates great tenderness towards his children. In the way of the griots he reads other people very well; a shrewd negotiator, he conducts his business affairs on the basis of give and take, his motto being only to give when you can get something in return. His attachment to his country, his hopes for the future of his people and for Africa in general are genuine and are reflected in his own achievement.” SG