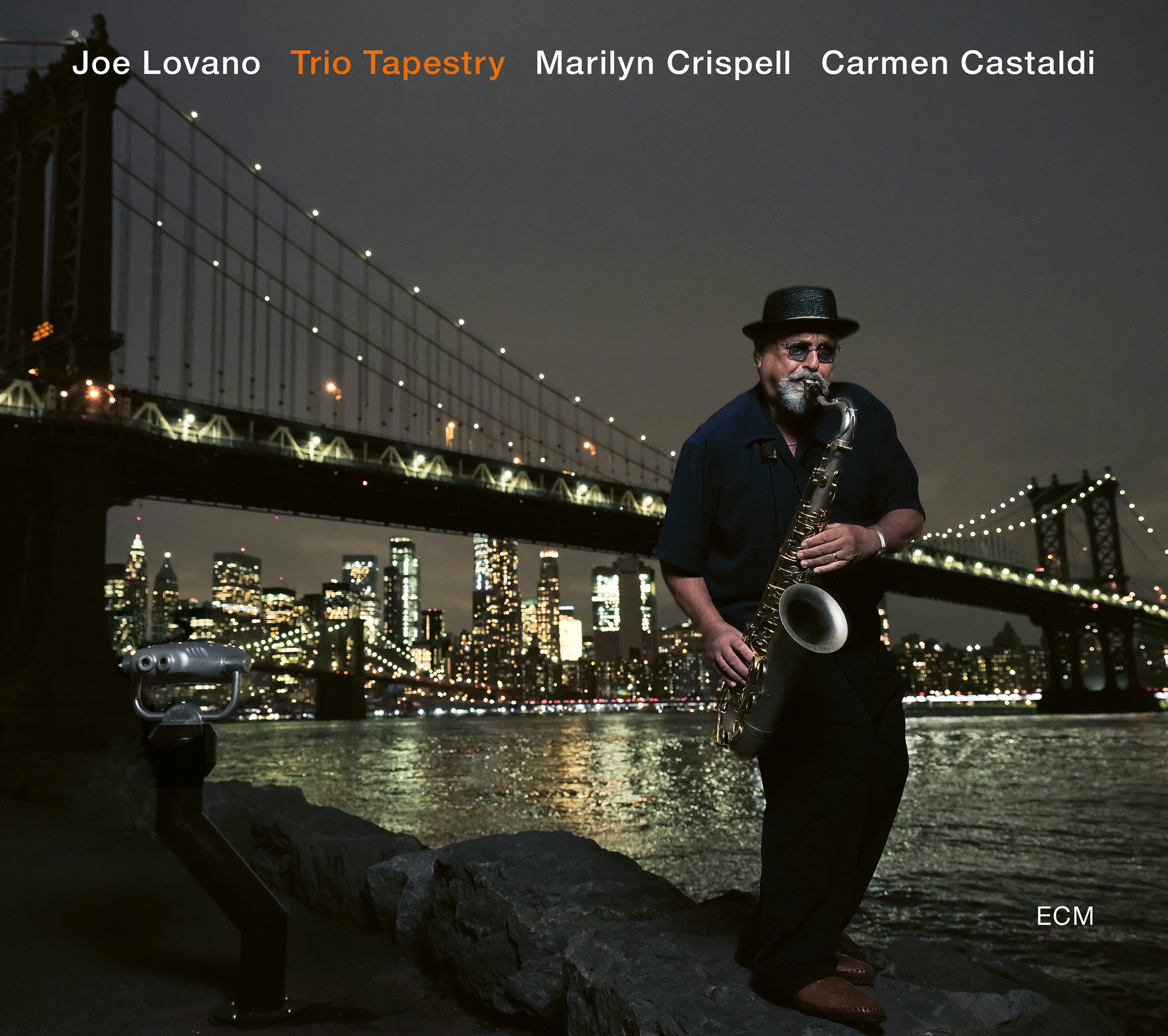 IT IS hard to know where to begin with Trio Tapestry. Somehow, listening, you feel that you have stepped into the wrong room. It could even be a Charles Lloyd record. A long way from a hard bop blowing session, which is what you might expect with Joe Lovano, this is open, thoughtful and challenging music delivered in an unfamiliar language although its building blocks are deep down always there in terms of tone, blues connotation and means of expression.

‘Seeds of Change’, which in sequence is the second of the 11, is very beautiful with a real feeling of aching intimacy and rapport, and you might swear it hints at the melody of ‘Equinox’ before veering into a free floating bluesy reverie, an emergent Marilyn Crispell in serene contemplation. As the tonality waveringly oblique adds mystery and a sense of occasion, a weightlessness wraps the atmosphere in ribbons of space. Percussionist Carmen Castaldi sweeps forth in the latter part emerging as a glinting observational presence amid the steely fragility of the momentous mood.

Recorded last year at a studio in New York the overall approach strips sound back to poetic forms and if you think of albums as novels, short stories or poems this is definitely a poem.

There is nothing trite here and yet no overdone pomposity either. On ‘Razzle Dazzle’ instead of a show stopping anthem you get an ominous piano solo from Crispell who plays impeccably throughout, Lovano accompanying her mournfully as if this is a lament. ‘Sparkle Lights’ taken at a lento tempo also has that mood of requiem and the interplay between sax and piano is very respectful. In the end you consider that eternal rivalry of time and silence.

Lovano mostly refrains from showing us the powerful side of his playing although the ‘Piano / Drum Episode’ midway through has a weight to it that contrasts heavily with what has gone before or after when his tender side is more explored.  His experiments with gongs on one track are frankly less engaging, however.

A very atypical Joe Lovano record all considered, not always overly stocked with great moments to be fair and a little lacking in killer material, but there is plenty here to enjoy and Lovano is to be applauded for his adventurous spirit and the seriousness of his spiritual questing. SG