Can of Worms + Rachel Musson/Olie Brice, The Oxford, London **** 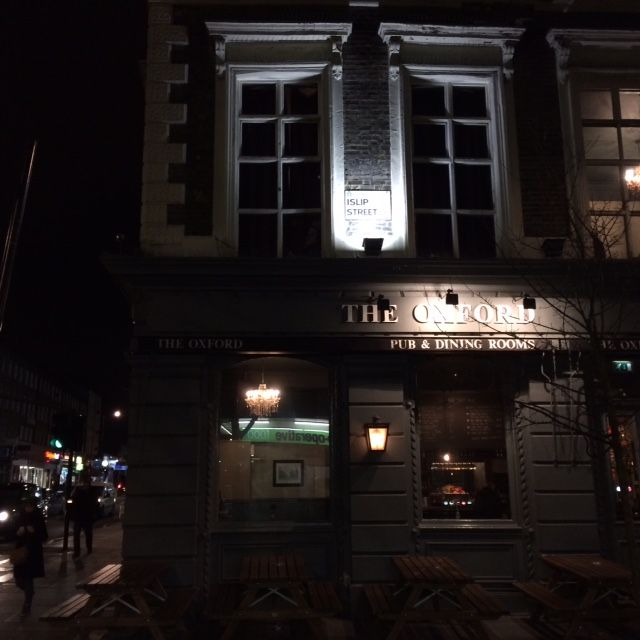 No, not so much. Both support and main band had more in common than at first blush presented here upstairs by the long running Jazz @ the Oxford in the intimate function room above the main part of this Kentish Town pub, the dichotomy a free improv / freebop combination.

The opener was the pick of the night for me, just: a feral blast of a free improv powder keg ignited by tenor saxophonist Rachel Musson’s multiphonics that spat, kissed, caressed, cajoled, coaxed and enchanted a crowd of her own invention from deep within hurling sound effects somehow shaped from an invisible mob fermenting discord inside her mouth, larynx-hurtling at velocity to collide with her reed. Astonishing to hear, sound images flickered into view as fibres and shards of sax sandblasted the vocalisations. It later prompted me to go back to listen to her excellent trio album Tatterdemalion.

Double bassist Olie Brice rampaged throughout, a randomising and companionable Henry Grimes-like Boswell to Musson’s Evan Parker-esque Dr Johnson careering way down on his travels beyond the bridge of his instrument for brisk forays into the tiny reluctant harmonic spaces hidden beyond to squeeze out cable whirs and tease squeals and shudders somehow, every risk rewarded in his approach. Best bit? Might sound a bit unconventional but it was when Musson stuffed a tin can into the bell of her tenor saxophone, the riot of dissonant reactions sending Brice’s fingers itch-frantic. 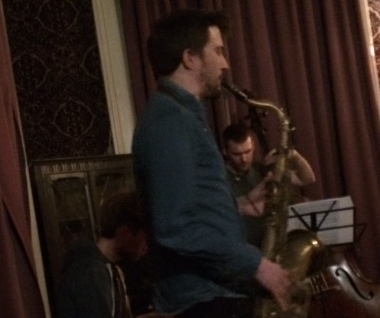 A different Can, its contents landing with a ferocious plop from its presumably very organic wormery, was George Crowley’s two-tenor battling quintet Can of Worms the same band here as on their very promising self-titled record from last year.

Keyboardist Dan Nicholls took a while to truly paint it red on the Nord but when he got past the bashful diffident stage that the writing arc seemed to demand he was a boffin-like revelation whether projecting Rhodes-ian rumbles or conjuring harp-like pentatonic spikiness. Crowley, who introduced both bands and runs the Monday night session, sparred with Tom Challenger instinctively the pair fast and furious but finding time to charm on a cooingly-radical take on Ellington’s ‘Mood Indigo’. There was a reminder too of the much missed Richard Turner on the tune ‘Tealeaf’ and the final number was where the band came into their own on a Marc Ribot number from the guitarist’s Cubanos Postizos phase. Sam Lasserson on double bass was the standout performer of the band while Jon Scott, returning with Monocled Man later in the year, scored best when he switched to wire brushes but knew too how to ramp up the energy levels for added intensity. Stephen Graham

Front of the Oxford after dark, top