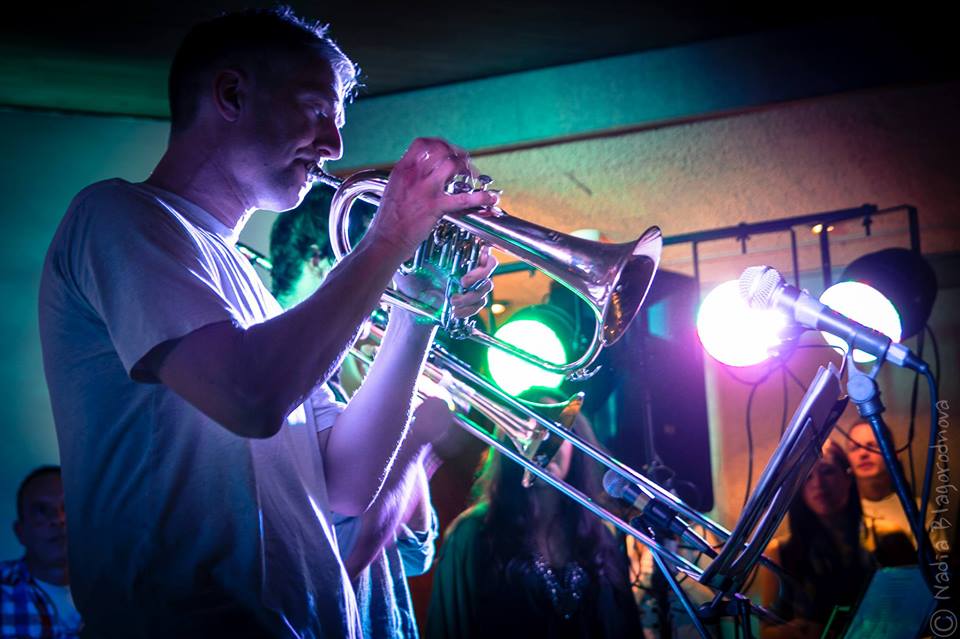 There are a lot of things better than TV. Obviously.

But the point perhaps with new band Better than TV nudges more towards a finer consideration. Like a lot of contemporary jazz, good, bad, or indifferent the issue of whether it happens to be better or worse than TV isn’t the killer factor at all. This kind of band is just alien to TV’s all-consuming priorities: game shows, anything featuring Gregg Wallace and the ultimate, the pursuit of a talking dog if Simon Cowell is to be believed. There is hope after all.

A tightly arranged Cambridge quintet formed of pianist David Burgoyne, drummer Ed Blake, trumpeter Gavin Spence, bassist Sergio Contrino who has written all the tunes on their brooding bop-flavoured debut, and trombonist Tom Green, tracks are ‘1000 and One’, listen above, ‘Standing with Sally’, ‘Elliulogy’, a musical conversation between trumpet and trombone at the outset with a ‘Moanin’’ atmosphere to it, ‘Morse’, ‘Pm’, ‘FEAB’, ‘Samba per mi’, ‘Se volete’, and title track ‘Late’ closing this highly promising maiden voyage. SG