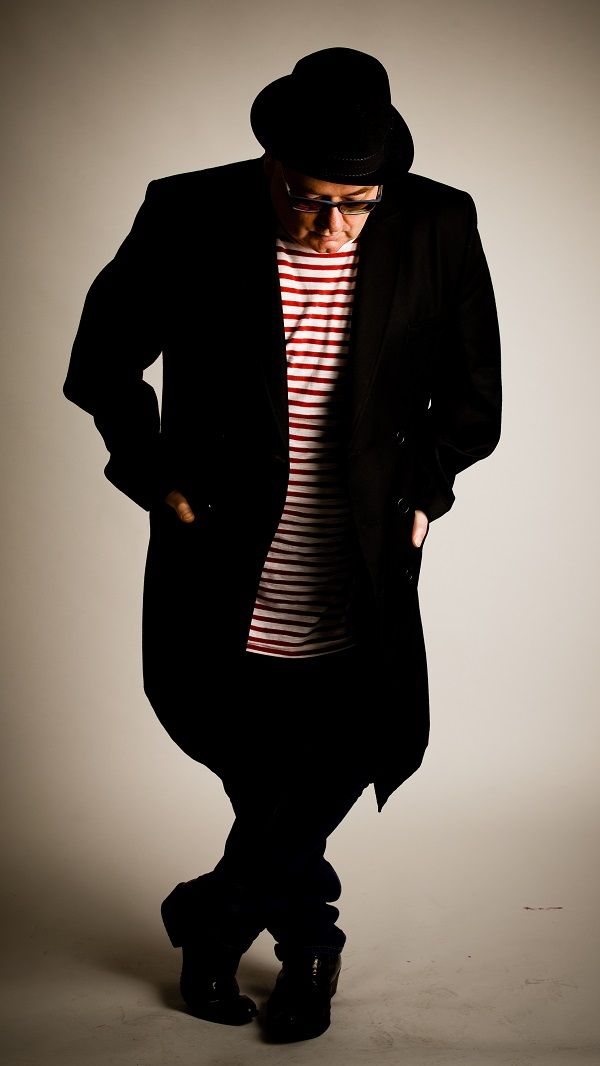 A taster ahead of the release next month of new album The Theory of Joy, or the “joy of theory,” as singer Ian Shaw mused to the audience referring to the title of his first album in approaching four years, a scrolling back a little to ‘Small Day Tomorrow’ from the last one A Ghost in Every Bar, the definitive Fran Landesman songbook album early in the first set.

Backed by the often beaming presence of double bassist Mick Hutton, ex-Gregory Porter drummer Dave Ohm who was celebrating his birthday, and pianist Barry Green,“love this man,” Shaw enthused, the first set on the Thursday of his ongoing residency at the Dean Street jazz shrine actually opened with a version of Joni Mitchell’s ‘In France They Kiss on Main Street’ from the great Canadian singer songwriter’s 1975 album The Hissing of Summer Lawns. ‘Gail and Louise/In those push-up brassieres/Tight dresses and rhinestone rings/ Drinking up the band's beers’ rang out, a rush and heat of words, Shaw at ease, all things Joni a second tongue as his Linn Records album Drawn To All Things proved a decade ago.

Shaw in his confidences and avuncular talks to the audience later mentioned that he had sung backing vocals for the late David Bowie having received a call to do a session years and years ago. And you could hear a pin drop in the Pizza as Shaw at the microphone and the trio performed a respectful version of ‘Where Are We Now?’ from the one time thin white duke’s 2013 album The Next Day. The Kent-based Welshman, Britain’s most accomplished male jazz singer it’s not at all reckless to claim or indeed justify, recorded the song for this new album recorded for Harmonia Mundi’s Jazz Village imprint last summer.

And of the original material that features on the album Shaw sat on a high stool to sing ‘My Brother’ his beautiful song of family pride, loss, the personal and the universal wrapped in one to merge the literal and figurative (we’re all related, part of the subtext) that is also helping raise funds and express solidarity for refugees lost and vulnerable in the Jungle of Calais. Before the New Year Robert Elms played the song on his BBC Radio London show that struck home instantly to anyone tuning in.

Live the song made me think for the first time in the evening of Shaw’s small debt of gratitude in the lilt and immediacy in his voice if not thankfully quite the sentimentality he owes to the now half forgotten 1970s singer Gilbert O’Sullivan (eg classic ‘Clair’ especially) and ‘My Brother’ betters even Shaw’s greatest achievement in song, certainly in terms of succinctness and sheer storytelling, which until this new song to my mind was ‘Rockabye’ on A World Still Turning.

Shaw, who sometimes does a “sit down” “stand up” comedy show called A Bit of a Mouthful told a funny story about working at the Maxim in Amsterdam, rolling the name of its street, Leidsekruisstraat, around on his tongue to deadpan how good he is at Dutch, singing songs from A-Z in front of an old guy with a neck brace and wig who came in every night, was a bit of a nuisance (‘SCAT’ he would dictate) and who turned out to be Mel Tormé. But no we weren’t going to get the Christmas song – “Jeff’s nuts roasting on an open fire” – Shaw quipped sotto voce, January being grim enough. This anecdote all proved an excuse to sing the Velvet Fog’s ‘Born to be Blue’ on which Green, Hutton and Ohm tickled the swing tucked inside the space between the accidentals using the most gossamer of feathery touch.

Crisp and expressive in his interpretation of Ned Washington’s words to the Victor Young melody of ‘My Foolish Heart’ a ‘lips song’ of some genius that the late Mark Murphy, a hero, another influence and friend of Shaw’s, sang less than a decade ago on Love is What Stays was the easy pick of the first set. Clearly, to plunder the words, “the night is like a lovely tune” no small feat and it had only just begun.