Conjuring up that long departed sense of belonging 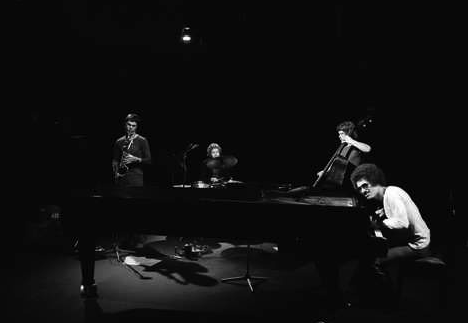 There’s something very appealing yet simultaneously frustrating about the idea of a band getting back together.

The more obscure, misunderstood, and in later years hugely influential the better. Or so it often seems.

Brought back by public demand – beyond marketing, it’s a complex phenomenon.

Above all practical considerations to do with fame, the music business and personal relationships, there is surely a human need, however flawed in that urging, for a rekindling of a special creative phase. How might it come out differently with the benefit of the passage of time, the wisdom of years?

Imagine finding a listing in a paper or seeing a poster at the station almost matter of fact and with no fanfare ignored by most of the commuters glued to their phones: the Belonging Band – for one night only.

But don’t hold your breath – and it’s not remotely on the cards – but what if the 1970s European Quartet, the Belonging Band, got back together again? How would they sound? Would they be a big disappointment or counterintuitively simply an event worth all the risk of failure both commercially and in critical terms such an endeavour might entail? The time machine, cynics might not care to admit, can be a woodshed of sorts, too. What Loose Tubes, for instance, have achieved on the new tracks referred to here since reforming is remarkable.

‘Lykief’ above  – eg “like Keith” – Branford Marsalis’ tribute to the spirit of the Belonging Band, from Requiem an album that was released in 1999 twenty years after the band broke up

Recording in 1974-1979 whether in the studio in Oslo or live in New York and Tokyo, pianist Keith Jarrett with bassist Palle Danielsson, saxophonist Jan Garbarek and drummer Jon Christensen made Belonging, My Song, Personal Mountains (not released during the band’s fairly brief existence), Sleeper (again unissued during their group lifespan) and Nude Ants and are all still active players by now all distinguished and then and now, to the nth degree, masters of the music.