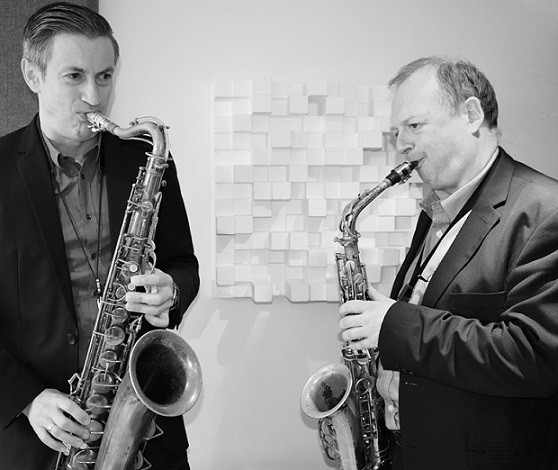 At the recent Story of Swing prom among a big selection of show-stealing instrumentalist spots, Alan Barnes’ clarinet break-outs, taking the Benny Goodman role on ‘Handful of Keys’ for instance, were just the latest above-the-parapet indications of a player who for a long time has hovered at the top of British mainstream-and-straightahead jazz fans’ affections, a big favourite of Michael Parkinson’s over the years and whose TV show house band led by Laurie Holloway he used to play in.

Barnes, of course a saxophonist too, has teamed up with fellow saxophonist Dave O’Higgins – who appeared on The Real Note Vol 2, one of last year’s cleverest and most swinging mainstream releases – for a new sax-heavy album to be released in the autumn by Woodville Records. Tracks are Doozy, The End of a Love Affair, Just a Mood, The Chase, Orejas de Cerdos, Topsy, Chelsea Bridge, Our Delight, Koko and Oh Gee. Barnes and O’Higgins have been playing together on and off over the years since the 1980s. 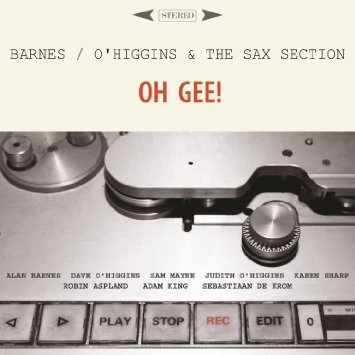 Before release there’s a chance over Sunday lunch, or the hair of the dog, at Ronnie Scott’s on 23 August to hear the pair in action with a sax section and rhythm section largely drawn from the album.

Dave O’Higgins top left with Alan Barnes, and the cover of their new album, above