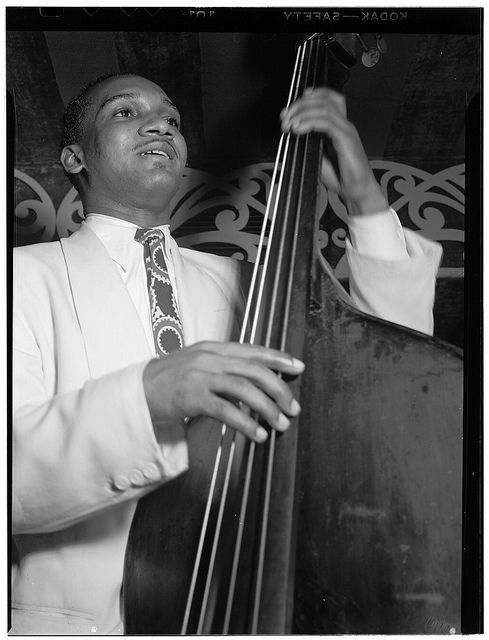 Certain jazz greats from the past escape our radar today. Partly it’s to do with distance. Partly it’s sheer obscurity even if notions of obscurity pre- and post-web are different things entirely. We need a jolt sometimes to see the bigger picture and remember these giants musically.

Figures like Oscar Pettiford, to be celebrated in a new album this autumn called Oscalypso, is a good case in point, a release that helps redress the balance the passing years dictates.

What do we know of Pettiford? Well, he’s on a surprising amount of classic records; he crops up on Kenny Dorham’s Afro-Cuban; he’s on the classic Lee Konitz Warne Marsh quintet album, on Monk’s Brilliant Corners. And there he is with Coleman Hawkins on The Hawk Flies High. That’s for starters and doesn’t even include his appearance on Sonny Rollins’ Freedom Suite and albums by Phineas Newborn Jr and Julius Watkins.

Pettfiford died before the Beatles became superstars, before John Coltrane recorded some of his most far-reaching music, before the face of jazz and popular music changed forever. And he packed a good deal into his 37 years. He’s also a significant influence on leading bassists today such as Christian McBride. A rated bebop-inspired composer, a surprising amount of Pettiford compositions are considered as standards today.

On Oscalypso the other main facet of his musicianship, his use of the cello, itself highly unusual in jazz at the time and even today, is celebrated by Erik Friedlander whose quartet album due on Skipstone Records in late-October features some of Pettiford’s best known work including ‘Bohemia after Dark’, ‘Tricotism’ and the wonderfully titled ‘Pendulum At Falcon’s Lair,’ as well as ‘Cable Car.’

Born in Oklahoma, Pettiford had African American and Choctaw Indian heritage and played in a family band when he was young. He began to make it in music with the popular Charlie Barnet band and recorded with Earl Hines and Ben Webster among others. Significantly he jammed at Minton’s during the birth of bebop and later became a member of Duke Ellington’s orchestra at the tail end of the 1940s. Pettiford eventually left the States to live in Europe and died in Denmark reportedly from a virus closely related to polio.

Oscar Pettiford, pictured top, at the Aquarium in New York in 1946.