‘Bruno Schulz, and his art, writing, paintings, drawings, were always present in my interest’s circle. He was a very charismatic artist, his language and usage of Polish were amazing and exceptional. His literature is teleporting us to this lost world of small towns of the east, full of magic, beauty and poetry. New York for me is a modern Babylon or Uru, a place where culture explodes, which attracts creative people from all over the world. I love big cities, the metropolis, and somehow – a bit by accident, a bit because it is a city of jazz – New York is my second home. But still, I consider myself as nomad, a wanderer. For me, the inspiration is just life, its beauty, richness, unpredictability. How good and evil are inseparable, how surprising solutions life can bring’ – Tomasz Stańko

It just sends you. Listening to Tomasz Stańko has often been a spiritual experience. And this tops his best work once more. You just forget about everything. There is that elemental vision, a grand aestheticism grown from the wildness of the Polish avant garde and the inspiration of Komeda in what he does here that relishes simplicity, the moment, mood, time and silence. It is like looking at a painting by a great master, down to the ground or up to the sky and realising their fundamental perfection. Listening cleanses in all the fragility of breath into a brass instrument, human touch and group creativity. Give this music time and there is a filtering out of all the irrelevances and stupid distractions that detain us. This could not be further from amounting to a pretend lifestyle accessory that music somehow has been forced to become by the information age.

Stańko’s Kind of Blue. Why not? It is certainly a new high water mark in a long career of unique achievement and marks a sense of place in the titling in the enabling freedom of a tree lined public space, the haze of history, humanity, memory, freedom, that ache of trumpet, Miles deeply embedded in an interior vision, blueness, it is all there suspended in the modal air within the musical persona of the Pole. A literary theme is part of the overall concept following on from a 2013-released Szymborska-themed predecessor, the artist and writer Bruno Schulz (1892-1942), who was shot by the Gestapo during the second world war, has a ballad named for him and which appears half way through the album. The modernist Schulz short stories The Street of Crocodiles from December 1933, Kafka-like provincial miniatures of bizarre metamorphosis, also earn mention reflected in their respectfully referencing inclusion in another piece. 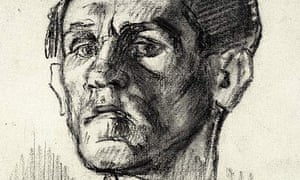 Recorded in June 2016 at the Provençal ‘Saturday morning’ studio in La Buissonne, Pernes les Fontaines, a familiar recording space already in earlier album Lontano for Stańko, the album produced by a huge fan of his in Manfred Eicher, who in the 1990s brought the trumpeter back to the label following a long break after Balladyna and with him has moved to the greatest sustained period of his career which began after Bluish on the Polish Power Bros label, moved through his group fired up by Tony Oxley and then the quartet with Marcin Wasilewski that achieved so much in terms of natural simplicity and on to the New York quartet. The great trumpeter composer has changed this relatively recent Quartet a bit in the bass department for December Avenue. With him here are the returning David Virelles on piano and Gerald Cleaver on drums, with Charles Lloyd bassist Reuben Rogers replacing Thomas Morgan from the Wisława band. The new bassist and Virelles are namechecked admiringly on the sixth of the 12 tracks and all four of the quartet are credited in the composing of a third of the tunes which speaks so much of band unity and empathy as these compositions match the trumpeter’s own conceptions so well.

While there is a continuum in the modal concision and phrasing lit up sometimes by his latinate flourishes and bold matador breaks, the song of Stańko sings ever more deeply and rewardingly as the years go by in their evolving monastic repose. Stańko reclaims sadness and melancholy to make it somehow empowering and above all human. The beauty is in the quiet dignified reflection, the power he unleashes sometimes out of nowhere say on ‘Blue Cloud’ the third track where the planets best align overall. There is a collective will at work here that embraces individual vision. Everyone believes in what Stańko is playing it is pretty clear and runs with it by entering his world seemingly unwilling to leave as any listener will be, hearing December Avenue.