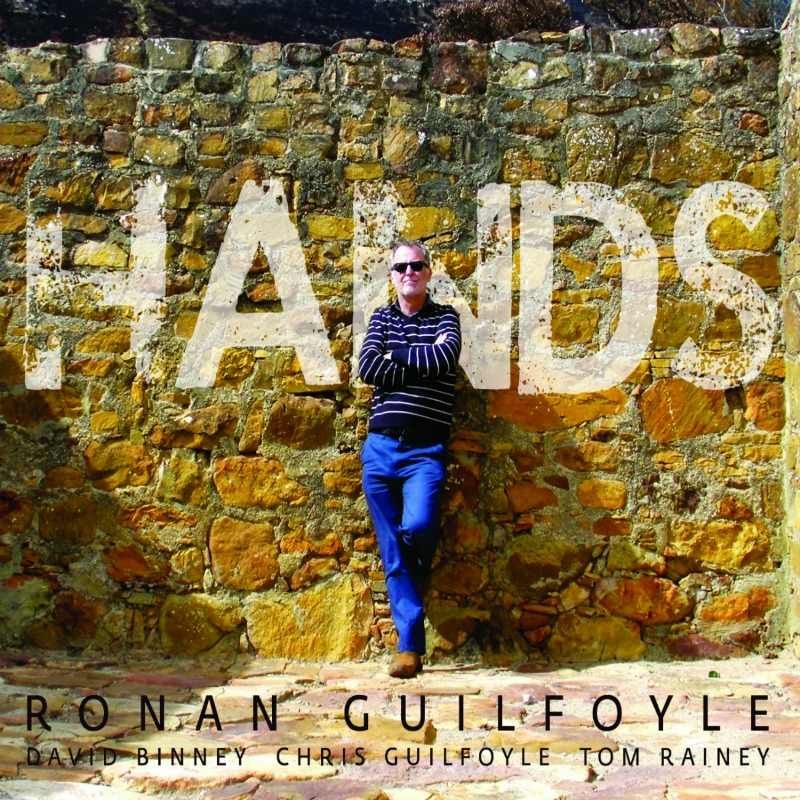 A quartet album from leading Irish bass guitarist and educator Ronan Guilfoyle featuring his son Chris on guitar, a player who makes his recording debut with this record and who takes a scalding run on ‘Nod’; drummer Tom Rainey, recently reviewed in Marlbank on Ingrid Laubrock’s new album Roulette of the Cradle; and saxophonist Dave Binney, sinuously virtuosic as he navigates choppy M-BASE and bebop waters on the pulsating opener ‘In Fairness.’

Very cleanly recorded in New York’s Systems Two studio in 2014, the title track of Hands derives from the first movement of a Guilfoyle concerto for electric guitar and orchestra newly transcribed for quartet. Guilfoyle describes ‘Sneaky’ as a groove piece, one of two, the crisscrossing lines increasingly cerebral in character as the piece develops.

An engrossing listen overall, the solos economical and constructed in such a way that there is plenty of room for group interplay as well as individual statements. Modernistic but not really avant garde, displaying an expert grasp of metre and flow, the constantly shifting points of entry keep you as a listener guessing, the tunes attractive and the band interplay not unlike the group effect achieved on a small group acoustic Dave Holland record. Above all the four players seem to have a collective understanding and get to grips with the consummately tricksy lines in no-nonsense fashion. Worth spending some quality time with.