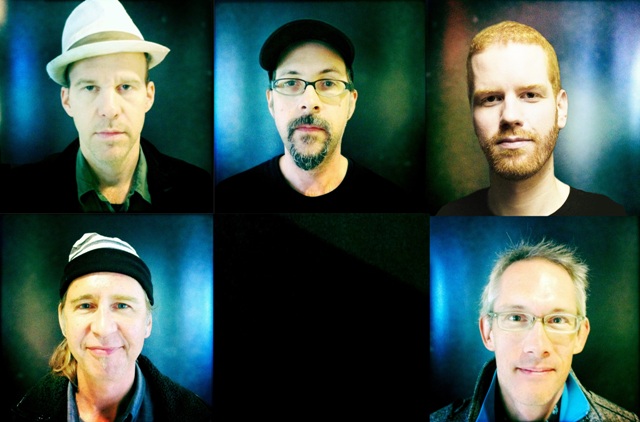 John Hollenbeck talks to marlbank about writing music that could be learned by rote or memorised, his biggest influence as a drummer, and how he relates to "post-jazz"

You were performing with Meredith Monk in the summer at the Edinburgh festival. How did you find the experience and which specific challenges did it pose?
I have been with Meredith for almost 15 years I think. She is very important to me as a person, composer, performer. She is a unique being, so performing her music with her is a challenge but very rewarding. The performance in Edinburgh was a treat, my wife came along and we went to many, many performances of all kinds and took some great walks. I really love that city! The specific challenges of that space were that it was a raked stage, which is rough on the legs and back… not to mention the possible hazards of my sticks rolling away! Also in this particular piece, besides playing all kinds of percussion, I do some movement with the ensemble and two wardrobe changes – quite an adventure for me. And lastly, I try to keep as much of the music in my head, not on paper, so that is always a challenge for me – to remember.

Can you tell me a little about the new project that you have in mind for the Mid Atlantic Arts Foundation and the French-American Cultural Exchange?
This is a collective band with two excellent French musicians – Alban Darche and Sebastian Boisseau – and Samuel Blaser who is Swiss but lives in NYC. They approached me out of the blue with the idea of forming a band. It is fun for me to be part of band, like a vacation compared to leading a band! It is just the beginning but judging from the playing we have already done I think it will be fun. We have a record coming out in December and will be touring in Europe and then going to NYC for the grant where we will record and perform in 2014.

What would you say are the most distinctive features of Claudia Quintet’s new record, September? Tell me a little about what listeners have in store for them and how it all connects in your estimation (if at all) to previous records.
For us the process was very different. I tried to write some music that could be learned by rote or memorised – this was quite a challenge for us and especially me, because my direction tends toward music that would be difficult to learn with paper. Also, there are 1.5 new members on this record. Red Wierenga has taken over from Ted Reichman, and Red brings quite a different aesthetic. Also, on half of the tracks Chris Tordini is filling in for Drew Gress. It is hard for me to say more, because the music is quite fresh and we have not played it for people too much… and the record comes out tomorrow [30 September if Amazon is to be believed], so not many people have heard it. I’m enjoying listening to it! Overall, I would say it is looser than previous records. 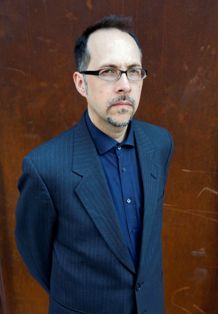 Who was your biggest influence as a drummer starting out, and why?
My brother, Pat, was definitely my guiding light and he is still is. He was already out of college by the time I started and he actively engaged me in all forms of jazz at an earlier age. After that our teacher, Russ Black. He believed in fundamentals and being versatile, ideas which I'm carrying on to my own students.

Do you see yourself as a composer first and foremost; or is performance, improvisation, and composition so intertwined it's impossible to say?
Right now I’ve been actively trying to compose, so that is how I think of myself… but it changes a lot. I will sometimes go for months without composing – so then I feel more like a drummer. I think over time the composing is slowly taking over, and I’m OK with that!

Is this “post-jazz” label attached to the Claudia Quintet helpful or actually mean anything; and if it does have some semantic value, how would you pinpoint what that is?
I am not responsible for that label but for people who like and know what post-rock is, I think it could be helpful. What it means to me, is that we play jazz, we can play jazz, we love jazz but we also choose to not make music that we would call jazz. About the label issue: since I was young, I always thought jazz was the next thing, the thing that does not have a label yet. Once it is called something and has been codified, then for me it WAS jazz but is not any more. I’m sure a lot of people would disagree with that, but that is my natural feeling.

You’re a visiting professor of jazz at the Royal Academy of Music in London for the 2013/14 academic year. What are you going to teach the students, and how are you going to teach it?
We start off with a bang; I’m going to work with the big band for a double bill with Claudia on November 23rd at the London Jazz Festival. During that period, the Claudia Quintet members will also work with the students privately and in a workshop. I will give a composition workshop and also some private lessons. Since I have not met them, that is all I know right now. Once we meet then I’m sure I will know more. I know that drum-wise I usually can help fill in holes in students’ fundamentals. And composition-wise, I have helped a lot of students see that there are many different ways to compose (most students have only one method). Interview: Stephen Graham
The Claudia Quintet play the MAC, Belfast, on 24 November. Tickets: www.themaclive.com
The Claudia Quintet pictured top, and John Hollenbeck, above. Photo of John Hollenbeck by Bill Douthart