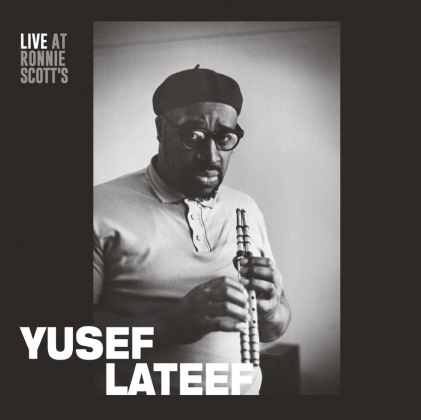 A January 1966 live recording, hitherto unreleased, of Yusef Lateef is to be issued on vinyl this autumn.

Issuing label Gearbox Records notes: “Accompanied at Ronnie Scott’s by the house band of pianist Stan Tracey, double bassist Rick Laird and drummer Bill Eyden, most of the repertoire played comes from Lateef’s earlier recordings for Savoy and Prestige such as Jazz Moods and Eastern Sounds. Lateef plays flute on ‘The Dreamer’ and ‘Last Night Blues’ (it was the last night of the run). He plays the shenai – a kind of oboe – on ‘Blues from The Orient,’ the xun – a Chinese flute – on ‘Song of Delilah,’ and tenor saxophone on ‘Yusef’s Mood’.” Release date is 4 November.