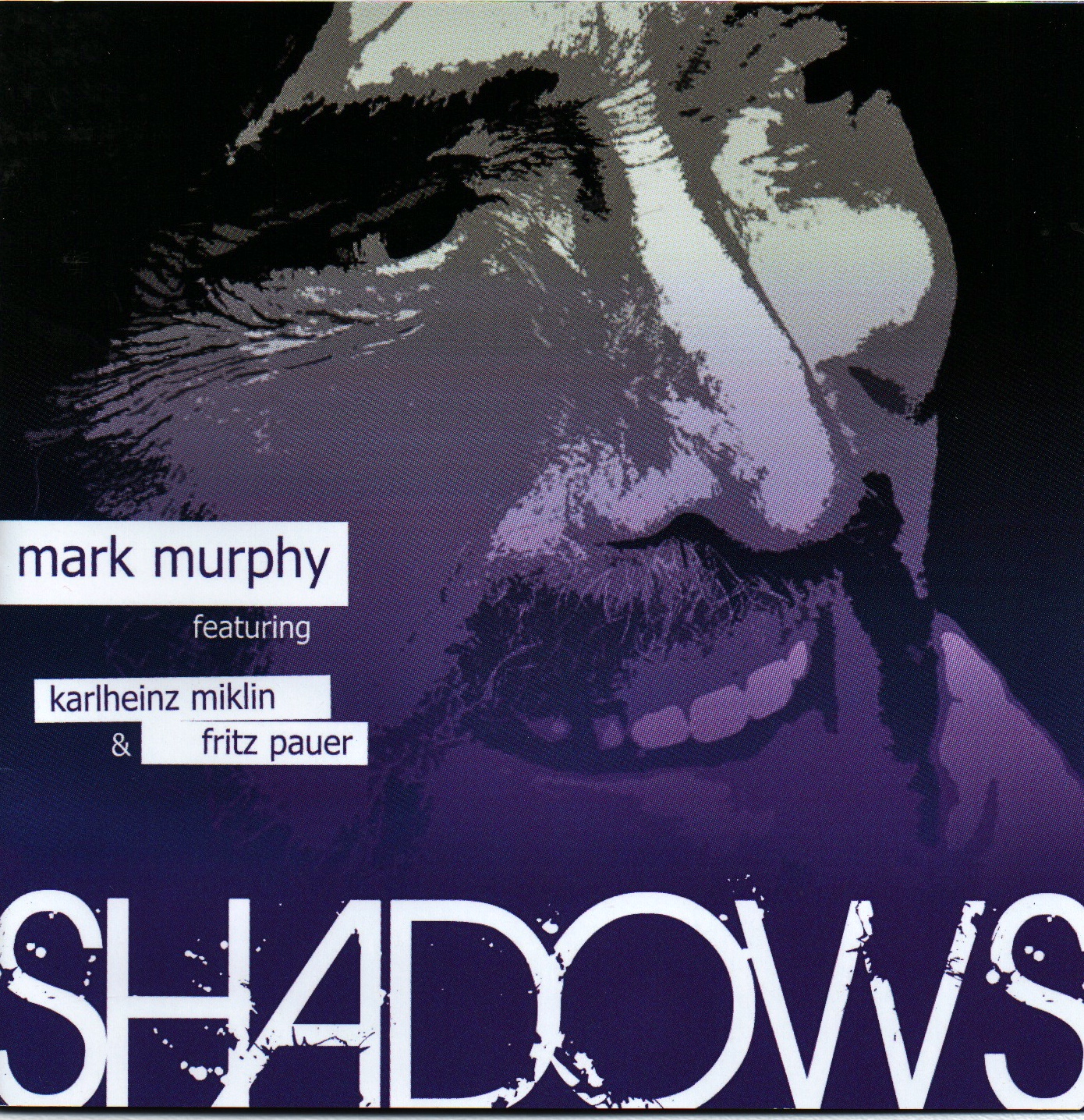 Singer Murphy here with powerhouse Austrian saxophonist/flautist Karlheinz Miklin, pianist Fritz Pauer (1943-2012), Ewald Oberleitner on bass, and Dusan Novakov, drums. Never out before Shadows, just over an hour of music, was recorded in June 1996 three years after Murphy and Miklin live album Just Jazz was released. At the time of recording this album Murphy was 64, the album made in a studio in the Slovenian city of Maribor. Singer Sheila Jordan in the liner notes recalls hearing Murphy for the first time in a Greenwich Village club called the Page 3. Hearing him sing ‘Willow Weep For Me’, she writes, meant something special. “I was blown away by his voice and deep feeling.”

That quality and improvisational resource are definitely factors on an engrossing album, idiosyncracies notwithstanding. Tunes are ‘Dawn’, ‘If I Should Lose You’, ‘Empty Room’, a song Murphy wrote with Pauer, ‘Next Page’, introduced by Miklin with what sounds like a melodic variant on the theme of Wayne Shorter’s ‘Black Nile’, the magisterial James Shelton drinking song ‘Lilac Wine’ part-spoken word, part deep vocal meditation a song Jeff Buckley had covered on his classic album Grace released a couple of years before. ‘Hodnik’ written with Miklin and Pauer, magnificent title track ‘Shadows’ Murphy penned, again with Pauer, Miklin switching to flute, and finally Murphy’s experimental slightly over-long original ‘Humanity Ltd’ with its heavy recitation of genocide and war complete the affair. Master at work. SG