The dispersion of light 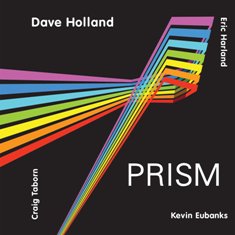 Dave Holland
Prism
Dare2/OKeh ****
A new band, a new day. Does the music here match the collection of great talents on paper? Well, more of that later, but first of all Prism marks Kevin Eubanks and Dave Holland working together in another context years on from their very different World Trio in the mid-1990s with Mino Cinelu; but most relevantly it marks the passage of 40 years since Holland debuted as a leader, in quartet mode as well incidentally, with Conference of the Birds. Each member of the band here contributes compositions to Prism, also the name of the band, and nothing to do with murky secrets the stuff of topical espionage as there could be nothing so transparent as the positivity and improvisational resourcefulness demonstrated here. Opener ‘The Watcher’, Eubanks’ tune, rock-oriented, with fast hands from drummer Eric Harland, Kevin Eubanks channelling John McLaughlin and a dirty keyboards sound from Craig Taborn; ‘The Empty Chair (For Clare)’ woozily slow and a bluesy ache from Eubanks’ slippery guitar sound initially, Harland (Charles Lloyd’s drummer, a true musical heir of Jack DeJohnette) chopping and adding lovely splashes as punctuation and heavier hits season the music while Taborn slowly builds up the Delta-like atmosphere. Holland takes a springy solo that speaks the blues and really opens everything up in the clearing: and there’s heat. Just drop everything to hear Harland responding. ‘Spirals’ is like a riddle, the rhythm mystery at the heart of Holland’s beat and it's an immersive listen, the improvising direction bouncing around like a good conversation that has the potential to explode here into Bitches Brew-like anarchy but then towards the end even becomes a Rubik’s cube of permutations opening up for a serene Holland solo and then the warmest of Taborn piano lines before the end in a little coda that could even give birth to another tune entirely.

‘Choir’ begins with a drum solo, and then Eubanks launches into some sort of catchy polyphonic African rhythm with Taborn then going into straightahead mode producing a brittle sound that then swaps this way and that with the quartet in rhythm section comping mode at a ferocious lick. Eubanks shifts his point of entry as the tune unfolds, Metheny-esque momentarily as Taborn provides Bruce Hornsby-like support and the tune abruptly ends. It’s storming stuff. 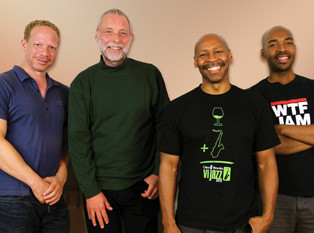 On the brooding ‘The Color of Iris’ Holland goes deep down to the extremities of his instrument and Taborn adds sustain while Harland keeps the beat back to bring in Eubanks with a beautifully velvety sound that hasn’t been heard thus far on the album. The tune has a kind of a pass-the-ball idea with each improviser picking notes from the main melody and particular rhythms to fit into the bigger picture. The big bassist’s solo here is the best so far of his on Prism: it draws you to the flame and again Harland accentuates providing light and shade. Maybe the momentum dips a little bit in the bridge but when Taborn shifts out of this little empty space basically soloing as Eubanks does the two interdependent on different melodies and time signatures the malaise lifts. Eubanks is gifted the melody to take the tune out and it’s a triumph of development built on an inner narrative highly compressed into just under seven and a half minutes. ‘A New Day’ has that McLaughlin feel to it a bit at the beginning and builds into the most fusion-laden track of all by the end. Of the remainder ‘The True Meaning of Determination’ is a fascinating and deliberate-sounding search for the ‘one’: a metrical adventure championed by Eubanks, and this track reminds me a little bit of Holland’s collaboration with Eubanks and Mino Cinelu, although it’s much more rock-flavoured. By the end Taborn is almost second guessing himself such is the complexity of the syncopation as the band fills in behind him and everything folds out.

‘Evolution’ really stretches out and it’s maybe the most Jack Johnson-like of the album, and almost cries out for a horn on top preferably a trumpet electronically messed about to suit contemporary taste. Speed rules here, and Harland turns on a sixpence between high energy episodes and the quiet scampering runs. Taborn’s distorted keyboards fool and tantalise while rubato shifts keep the improvisers alert and the end section is exciting with Eubanks tapping in a kind of ‘Eleanor Rigby’ flourish just before the tune leaves us. ‘Breathe’, finally, opens with a lovely Taborn piano solo [there’s a review of his latest trio album here www.marlbank.net/reviews/645-ghostly-calm] a ballad all about a still sensation. This tune doesn’t really go anywhere because it doesn’t have to: it hangs in the air as if the four players need to suspend motion. An excellent album.
Released on Monday, 2 September
Hear Prism live at Ronnie Scott’s, London, on 2 and 3 November. Tickets www.ronniescotts.co.uk