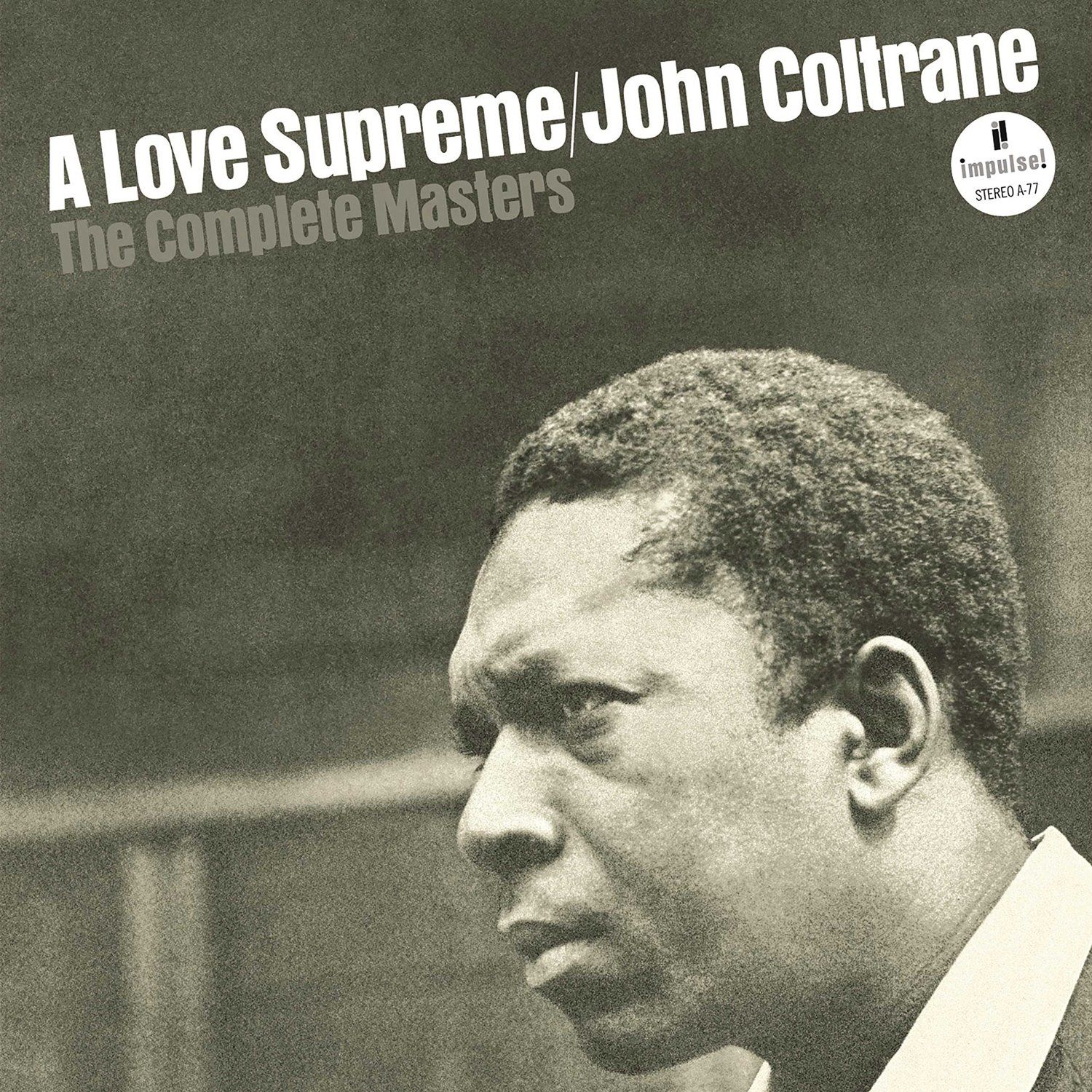 A reissue to wallow in, and a completist’s dream to have every take and overdub from A Love Supreme, one of the greatest ever jazz recordings, available for the first time.

Recorded on 9 December 1964, the classic quartet – Coltrane with pianist McCoy Tyner, double bassist Jimmy Garrison and drummer Elvin Jones – are the players we all know from the original album but here crucially in the extra bits sax firebrand Archie Shepp and a second bassist, Art Davis, who came in the next day and recorded a different version to the opening part of the suite, are included.

More rough hewn, Shepp’s rasping anarchic style is barely constrained and if anything his contributions are the more obviously revolutionary but without the cool collected spirituality Coltrane’s style so magisterially projects on the classic album.

You’re getting nine tracks that haven’t been out before, mostly disc 2 and some mono reference masters on disc 1. The third disc (the super deluxe edition has this extra disc) feature the live performance at Antibes that was reissued 13 years ago.

Impulse have pulled out all the stops in terms of production and the CDs are issued in a longer CD box than usual with lots of period pictures and extensive notes by Ashley Kahn.

Fascinating minutiae of course and aimed at serious Coltrane fans who want to know every last detail there’s plenty of that here. Ironically, however, you might just return to the original album featured on the first disc and think this is all perfect in itself, sufficient unto itself.