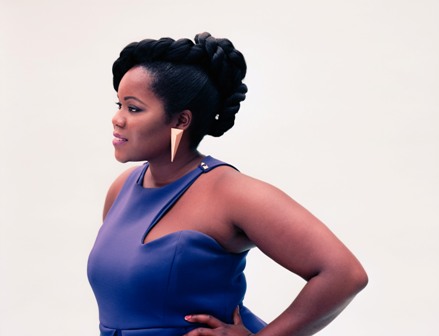 Zara McFarlane If You Knew Her Brownswood ****
Zara McFarlane’s latest album If You Knew Her follows on from her debut Until Tomorrow two years ago, and there's huge artistic growth clearly visible. Until Tomorrow really began this highly experienced singer/songwriter's solo career, although it was clear from her featured spots with Jazz Jamaica during their Motown Reloaded tours that a solo career was just around the corner. Largely on the strength of one song ‘More Than Mine’ Until Tomorrow succeeded on its own terms but this new album has made giant strides forward and easily sits with some of the best jazz-vocal albums produced in the UK this year. The writing is even stronger than before and you get the sense that there’s a careful confidence in her own ideas that perhaps didn't exist in such quantity before and also a willingness to explore new boundaries. Most of the songs are original compositions of McFarlane’s, and the Dagenham-born singer is joined by a fine cast of players including pianist Peter Edwards, Partikel bassist Max Luthert, and that grossly underrated tenorist Binker Golding who McFarlane in her live shows responds well to. There's a strong guest slot from the trumpeter and singer Leron Thomas on the Soul Sisters singer Nora Dean's 'Angie La La'. Opener the brooding ‘Open Heart’ has an original undemonstrative if brief duologue between McFarlane and the hang player Manu Delago and well considered backing harmonies where the drama of the song develops. “Lock and key”, the key words of the song, feed into the hypnotic quality of the piece, and there’s a sense of this as a song with real popular or even commercial radio-friendly appeal yet it's not trite. 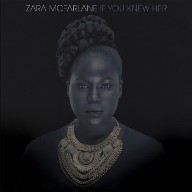 Edwards gently leads McFarlane with some highly appropriate nuanced accompaniment at the beginning of ‘Her Eyes’ a song where McFarlane’s conversational strength and technique shine through very naturally on the longer notes and as the song opens up. I would have thought that even more than Until Tomorrow McFarlane has achieved the task of making her individuality count. She has a sound of her own it's clear. Highlights? Well there are quite a few and I would say that no song here fails to make its presence felt. Her cover of Junior Murvin’s ‘Police and Thieves', a song that in the punk era featured on the eponymous debut of The Clash is superb with Max Luthert’s intro really setting up the arrangement and McFarlane haunting the song as the lyrics require; there’s a Tyner-esque feel to the setting of 'Angie La La', and McFarlane really connects with the rich baritone of Thomas. A fine, fine album, Brownswood’s best vocal-jazz album since José James’ 2008 breakthrough The Dreamer: there's nothing conditional apart from the tense in the title on this record.