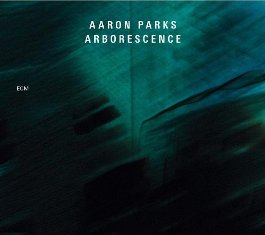 It’s not often that an album comes along that can in all seriousness be compared to Keith Jarrett’s The Köln Concert. It’s not an easy or impulsive comparison to make in this instance as there are immediate and compelling factors that make such a claim valid. The first, even though the album was recorded on location in studio-type conditions in a concert hall in America as opposed to 'live' at an opera house in Germany, is that there is that ghostly echo asserting its kinship to Jarrett's masterwork and a sense of almost supernatural poise listeners to The Köln Concert will recognise instantly. And secondly, it’s by a pianist who is, as Jarrett was in the 1970s, at a stage in his career past the point of no return well into forging a path of his own making. Thirdly, and most importantly, it’s by a pianist who has a world-class improvisational flair, like Keith's. Parks made his name with Terence Blanchard and then by his own records, chiefly Invisible Cinema; but it’s really only the beginning still, and Arborescence is like year zero, significant though his early showings undoubtedly were. While Brad Mehldau is generally seen as the Jarrett of his generation, Parks, if Arborescence’s beautifully measured 11 tracks several of which bear arboreal titles are anything to go by, is now next in line of the generation below (Parks turns 30 on the day of the album's UK release). His sound is as softly precise as a Tord Gustavsen’s, as devastatingly rhapsodic as a Mehldau’s; as complex and opaque as a Jason Moran's; and as detailed as a Vijay Iyer's. Above all there’s a defiantly natural element to his sense of flow both in terms of harmonic progression and compositional narrative he shares with all these top players. That's why Arborescence is such an exhilarating, and startling, record: one of the year's very best jazz albums to date. Released on 7 October