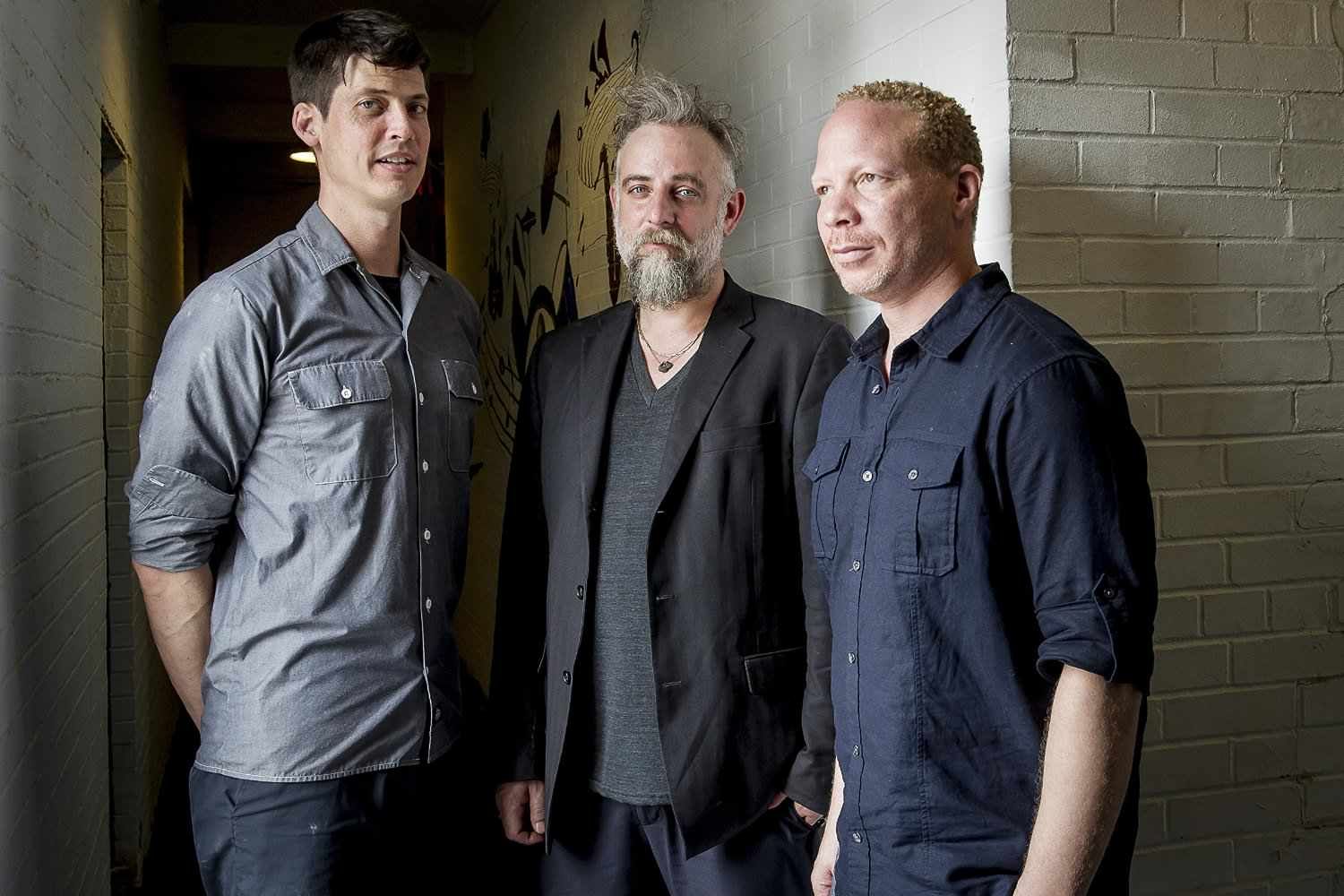 All the music Snakeoil drummer Ches Smith’s own. He also plays vibes and timps here.

The passive aggression / playful irony in the titling ‘Isn’t It Over?’ – take your pick – the longest track, weighs in at a whopping 13 minutes and 11 seconds. The moment you put this on though you don’t really want to take it off but eventually must.

Recorded at Avatar in Manhattan in June last year produced by Manfred Eicher if you liked last year’s Sugar Blade The Bell is part of a similar small group tradition of contemporary free jazz improv especially as pianist Kris Davis on that record can be interpreted as a kindred spirit to Craig Taborn who since his Dave Douglas days has emerged through that alert period of transition as a unique improviser, his opaque cloistered style somehow harnessing the concision and abandon of a piece of unmetered verse, an influence to Davis and a new generation of free thinking pianists.

Maneri fishs in the hidden streams and descends into the wells deep within Smith’s interior sound, a distractedness to the violist’s own melodic remarks and sideways harmonic knack, summoning timbral elegies that the tinkle of bells and poke of cymbal reel in and pour out. SG