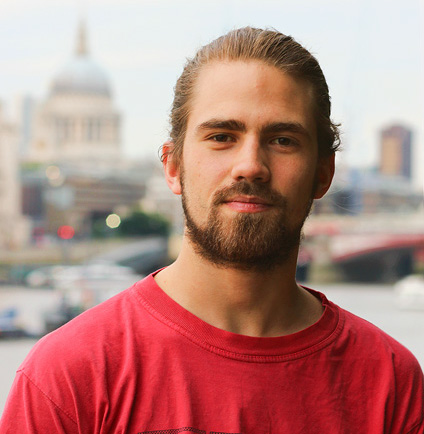 An exciting prospect for the year ahead is the emergence on the live circuit of new piano trio The Enemy.

Listen above to discover in a little over 10 minutes just why this is such a stimulating development. In the trio Kit Downes joins forces with Gothenburg-born Django Bates bassist Petter Eldh, and Downes’ own drummer from Golden Trio days, James Maddren. Downes says they’re to tour in the summer and in the autumn. Who ‘the enemy’ actually are remains uncertain.

Before that the influential Norwich-born pianist – who first burst on to the national jazz consciousness on Empirical’s self-titled debut in 2007 consolidated as a leader when his trio album Golden was nominated for a Mercury three years later – is set for heavy touring playing organ in the prog-jazz trio Troyka whose new album Ornithophobia is due in late-January and a track of which can be listened to below. Downes’ last album was the excellent 2013 quintet album Light From Old Stars on which he paid homage to two pianists he has been obliquely inspired by: the often neglected Paul Bley, and just as intriguingly pianist Jan Johansson best known for his classic album Jazz på svenska. Cellist Lucy Railton appeared on Light, and she returns on Downes’ new Tricko organ/cello album to be released on the classical label Coup D'Archet in May.