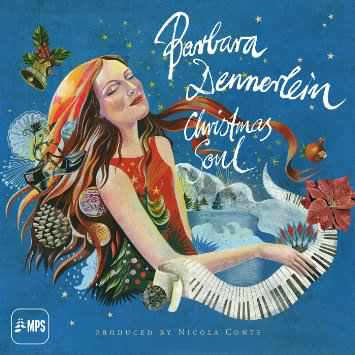 Christmas albums. And before you cry aaargh and collapse in a heap at the prospect, here are two excellent examples of the best of the new crop: one new and one packed full of delicious classics.

The first is by veteran German B3 Hammond player Barbara Dennerlein, one of the world’s great jazz organists but I must confess I have forgotten about her in recent years and haven’t heard an album of hers that I have really enjoyed since the 1990s.

She’s joined here on this Italian studio session recorded – it must have been weird doing the session in June – by a great multi-national band (Magnus Lindgren on tenor sax, Luca Alemanno, bass, Robert Ikitz drums, classy conga player Abdissa Assefa heard back in the summer with Timo Lassy at the Pheasantry, Italian nu jazz don Nicola Conte in the proucer’s chair) and the big plus-point singer Zara McFarlane breaking out of the UK jazz scene where she is a shiny new star heard here on three tracks including the title track opener and better still the sparkling ‘Blue Christmas.’

Dennerlein is a sassy warm hearted instinctive player  – Joey DeFrancesco is the organist to have come in her wake who most resembles her swinging sound and surely must have picked up a thing or two from her inspiration. Hear her at her best on ‘B’s X-mas Blues’, foot pedals and all. A big surprise… this swings like the clappers. 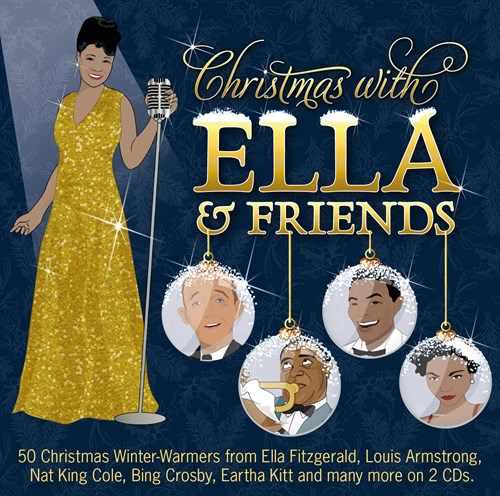 The second of these albums is a no-brainer: just snap it up and keep it safe for years to come. A 2-CD big name compilation by an unnamed Universal hand delving into the classics housed in the massive company vaults.

This is a compilation that is like Christmas past come alive again and makes you feel good all over. Of course the Velvet Fog Mel Tormé is here on classic ‘Christmas Song’ (chestnuts roasting on an open fire...) and more to the point Nat King Cole’s definitive version is in pride of place at the beginning of disc 2. Follow that, well, with Bing Crosby of course and ‘White Christmas’. There’s loads of great stuff, mostly very familiar, but I was taken by Julie London’s smoulderingly maudlin ‘I’d Like You For Christmas’ on the second disc which I hadn’t heard before so there are a few surprises. Picks on the first disc are Kay Starr on ‘(Everybody’s Waiting For) The Man With The Bag’, Dinah Washington beautifully poised and tender on ‘Silent Night’ and Louis Armstrong zany and hilarious on ‘Zat You Santa Claus.’

Besides all this Ella is generously featured as she spookily hosts her Christmas shindig from somewhere up above, with Louis Armstrong, Andy Williams, Diana Krall, Nancy Wilson, pure honey on the magnificent ‘That’s What I Want For Christmas,’ Burl Ives (for goodness’ sake), The Mills Brothers, Sister Rosetta (a tremendous final track) and even Jack Jones popping by for a glass of sherry and a chunk of Toblerone. There is a bit of repetition (we don’t really need two versions of the draggy ‘I’ll Be Home For Christmas’ or ‘Christmas Island’, one of each is quite enough) but that gripe aside this is essential Christmas cheer which you won’t get sick off unlike anything by Slade or Wizzard this Yuletide season. SG