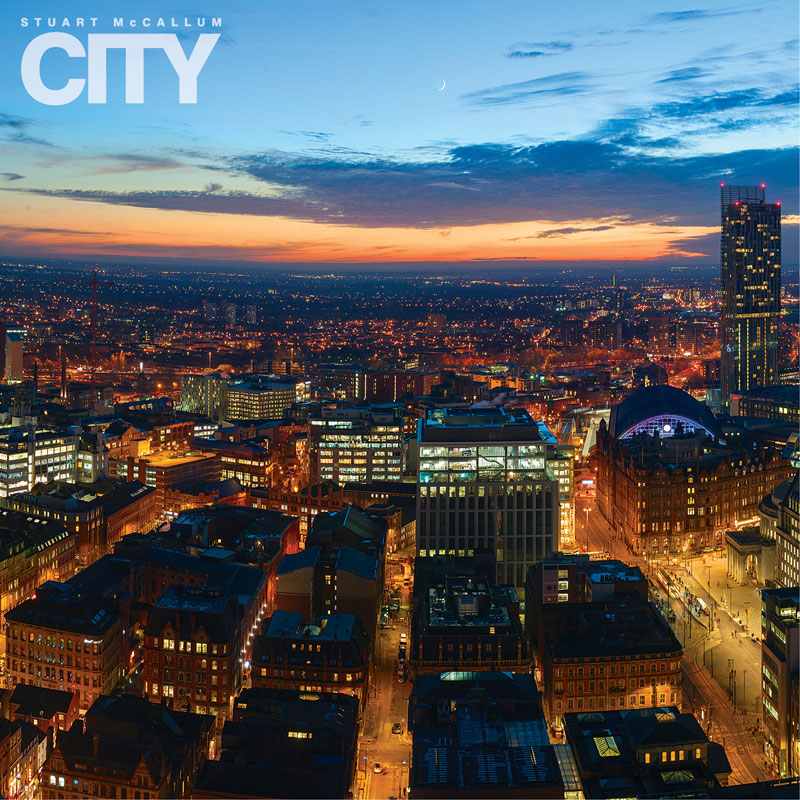 Electronica with a soulful twist intricately recorded co-produced and co-written with José James drummer Richard Spaven the McCallum approach is adventurous with lots of different pick-up and drop off points in a ride around the city, or ci-teeehh, like a terrace chant the mantra of the title track insisting he fell in love with that ci-teeehh surrounded in turn by fast disappearing and equally quick reappearing beats and siren-like riffs drawing you in.

Liberally coated in chill-out and even folky atmospheres City is a record that also has a strong vocals input. But there’s also organic acoustic guitar currents flowing in like a hidden river under some concreted-over flyover say at the beginning of ‘Inhale’ and then a poignant theme to the piece, unforced melody spooling into a bespoke pastoral vision a northern dream away from a Pat Metheny sound.

McCallum journeys well away from his jazz roots comfort zone on the eerie ‘Effergy’ and on ‘Trio Seven’ draws on a sample of Kris Drever from Lau, folding in the folky side for a neat fit and there’s a melodic figure emerging on this track that you’d swear is about to roll into Ornette’s ‘Lonely Woman’ but somehow shoots off into a naked sky. The album is at its best here, Spaven and McCallum vibing off each other and a real momentum convenes around pasture-sweet bucolic vamps and swells of electronics, soupy fogs of sound banking up in swift, cloudy intakes.

‘Said and Done’ is the most ethereal of the vocals, a certain float to Sophie Barker’s vocal. But ultimately the vocals play second fiddle to the teeming instrumental narratives, Spaven’s fractured drum style on ‘Mk II’, a dimming and alternating glare of electronics here that by turn shimmers and dazzles amid the hurtling shuffles and fills.