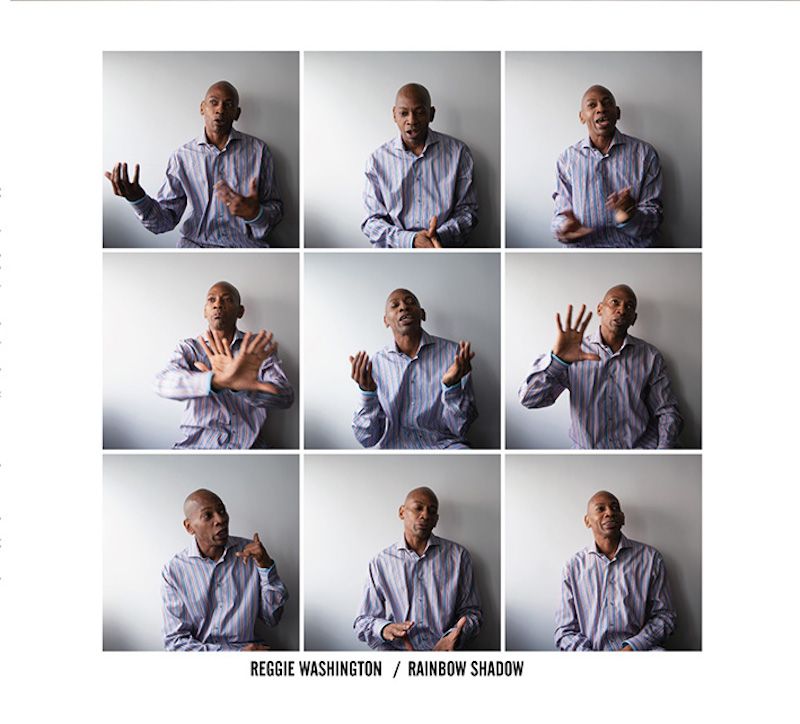 Known as Rainbow Crow, the moniker lending itself in part to the title of this album, Johnson’s varied career included work with the Soultronics who backed d’Angelo on the Voodoo tour, as well as stints with Esperanza Spalding and Erykah Badu. With a funky-jazz flavour to Rainbow Shadow throughout but especially initially, Washington whose playing credits include work with Steve Coleman, Branford Marsalis, and Roy Hargrove is joined on the tribute by guitarist Marvin Sewell, drummer Patrick Dorcéan with samples from DJ Grazzhoppa plus a number of guests appearing.

The voice of Jef Lee Johnson fed in as an underlay in some sections (as well as a wide array of sounds some of which might even include the cawing of crows) Washington sings on ‘Morning’ in a little trio setting, maybe not the album’s finest moment, but lays down an infectious beat throughout and is particularly lively on following track ‘Cake’ with an additional drum sample adding a certain skip to the track. Alex Tassel on trumpet makes a telling contribution to the brief ‘Black Sands Interlude’ adding a little variety in this moving fanfare while ‘Black Sands’ itself is equipped with a loping dreamy vibe built by Sewell layering chords against a deft pulse. But Sewell, known for his lengthy spells with Cassandra Wilson, really hits his stride opening into an area that Lee Johnson himself excelled at in the bluesy unbridled jazz-rock atmosphere of ‘As Free’ the pick of the whole album, the vocal samples and scratching keeping the record in touch with hip hop. The Milesian chattering energy of ‘Sewell in the Grazz’ again brief but striking with Wallace Roney guesting on trumpet is another highlight. All in all a heartfelt tribute and memorial album to Johnson made with a lot of love and respect by all concerned. SG