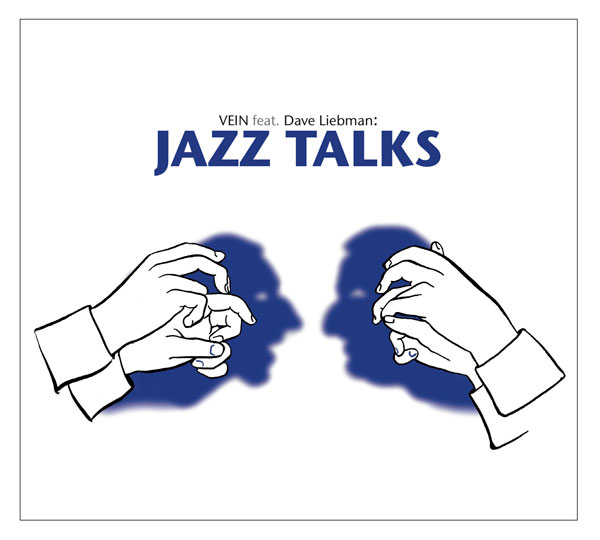 Why there was such a fuss about the release last year of Vein album Vote for Vein defeated me.

Yes everything on it was definitely highly tasteful and well played. And while I’m still not quite convinced about this relatively new Swiss piano trio Jazz Talks is much better. Maybe it is the presence of ex-Miles and Quest legend Dave Liebman sounding so involving and atmospheric particularly on the piano-playing Arbenz brother Michael’s absorbing if slightly oddly-titled ‘Black Tortoise.’

Or perhaps it is the sheer familiarity in the choice of tunes particularly the standards on this Swiss Radio-backed set of 13 instrumentals made in late-2013 at Basel studio Idee und Klang. Yes, even ‘Autumn Leaves’ sidles in. Formed of twins virtuoso pianist Michael Arbenz, a romantic soul with the sound of Oscar Peterson in his head and the chops to stand up to scrutiny, and his equally accomplished drummer brother Florian joined by the nimbly robust bassist Thomas Lähns Vein may not set the pulse racing just yet on record. But with the right sort of producer and a few riskier moves to spice things up they may very well will.