Sit back for the drum solo 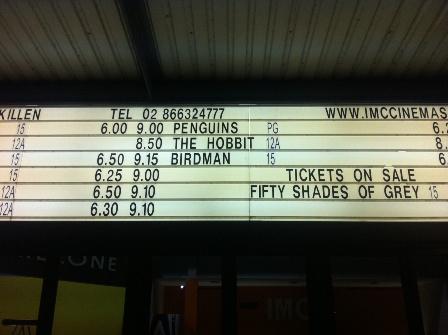 Nominated for best picture at the Oscars this year Birdman is like going to a jazz gig, one where the drum solo is centrestage.

Antonio Sánchez wrote the drum set score, and it’s quite brilliant in its vitality, while Brian Blade of the Wayne Shorter Quartet is credited with performance on the film soundtrack in addition. The rhythms make the film a riot of percussive heat, a crowd of activity, a tumultuous parade of, well, paradiddles. It’s impossible to keep still listening. Directed by Alejandro González Iñárritu, with Michael Keaton as superhero movie star Riggan Thomson trying to prove himself on Broadway with his adaptation of Raymond Carver’s short story ‘What We Talk About When We Talk About Love’ it’s very funny at times, the interplay between Riggan and Mike Shine (Edward Norton) the maverick actor whose personality dominates the film for large chunks particularly well caught, later the swipes at the New York Times critic who could scuttle the show are well-observed and suitably acidic. Yet it’s the beat of the drums that underpins it all.