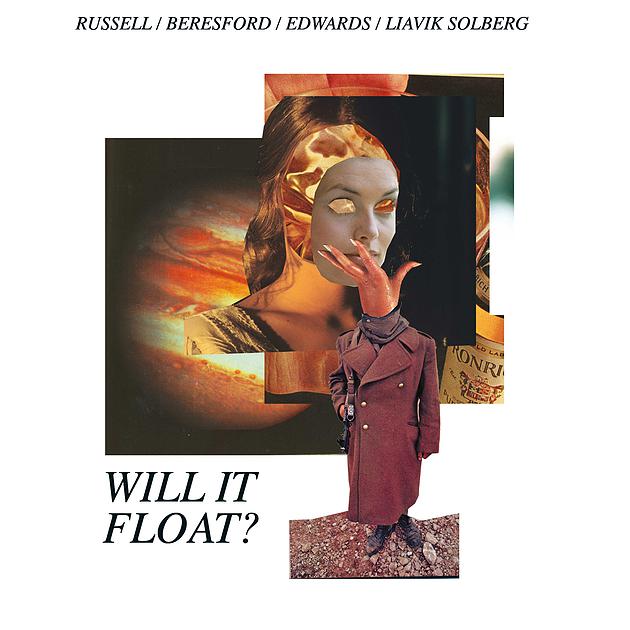 Recorded in the arts venue space of a Stoke Newington church in November 2013 there are four tracks beginning with the title track where rolling drums and curious textural guitar deliver you over the threshold into an experimental domain, a world of mystery, all low volume and somehow suspicious. ‘Light Impermeable’ is more about the nitty-gritty, the textural side of the album getting more complicated, strings and electronics knitting together in a delicate tangle, a puzzle for the listener, gradually heating up in intensity. Highly abstract, Will It Float? has a certain Derek Bailey-esque logic to it in its structure and there are some great moments, the quiet passages on ‘Buoyant’ as effective as they are ominous, the growls and sonic murmurings rising up to tantalise and work their murky charm. Edwards’ role is important on ‘The Third Time,’ the final track, where all the improvisers assert themselves more forcefully to melt away as mysteriously as they had earlier emerged. Stephen Graham

A limited edition vinyl release, Will It Float? is issued on 6 February